Construction has commenced for Ray Harlem, a mixed-income high-rise development that will serve as the permanent home of the National Black Theatre, Handel Architects announced last week via social media. 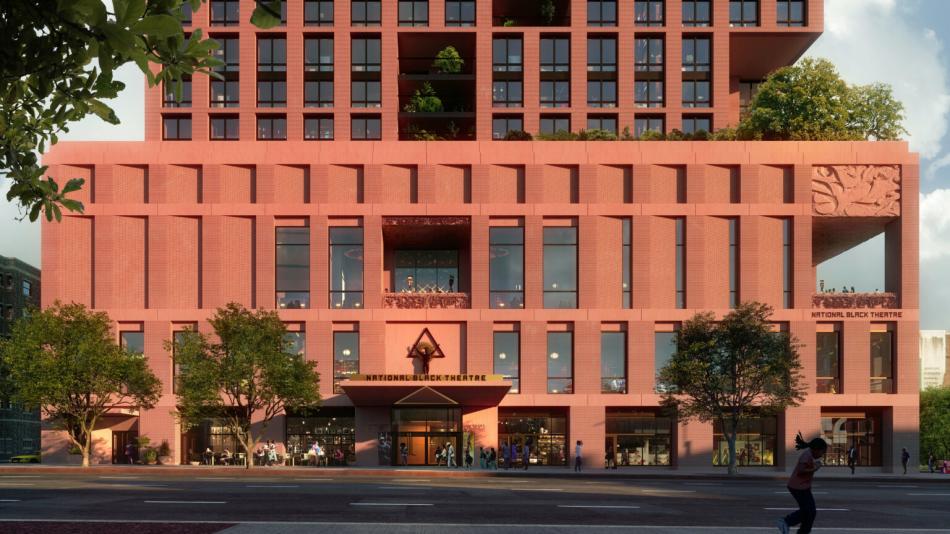 The 21-story high-rise, which replaces the NBT's previous digs at 125th Street and Fifth Avenue, is being developed as a joint venture between LMXD and RAY. The project team also includes design firms Frida Escobedo and Handel Architects, which are designing the tower, while Marvel, Charcoalblue, and Studio & Projects are overseeing the theatre component.

The project, which sits at 2023-2033 Fifth Avenue, will include 222 units of mixed-income apartments on its upper floors, with multiple floors below dedicated to NBT. Additionally, plans call for new commercial space fronting 125th Street, as well as a multi-purpose room which would be open to the surrounding community.

Completion of the tower is expecting in Spring 2024. During the construction period, NBT will be housed out of office and performance spaces in the Apollo Theater.

NBT is one of the country's oldest black theatres, founded in 1968 by Dr. Barbara Ann McTeer. It has been located on the Fifth Avenue site since 1983.