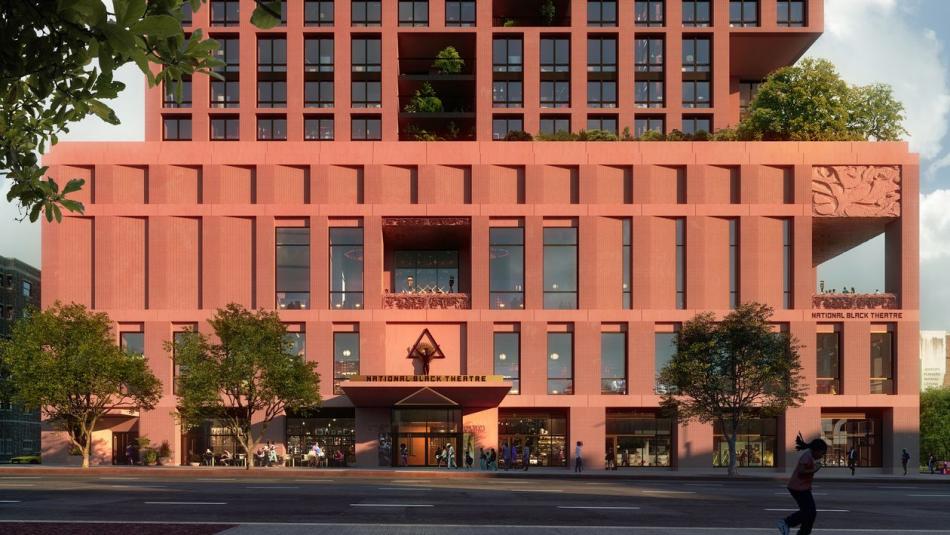 Another Harlem institution is making big moves to open a new home in a fresh development. The National Black Theatre revealed updated plans last week to replace its long-time home at 2033 Fifth Avenue, between 125th and 126th streets, with a 21-story mixed-use tower that includes space for the arts, retail, and housing.

In all, the new construction will generate 222 units of housing, retail, and a new National Black Theatre on floors three through five. The development will also offer a community-accessible event space, artist studios, co-working spaces, communal kitchens, a library, and a wellness space. A percentage of apartments will be made permanently affordable, although the exact figure is still to be determined. 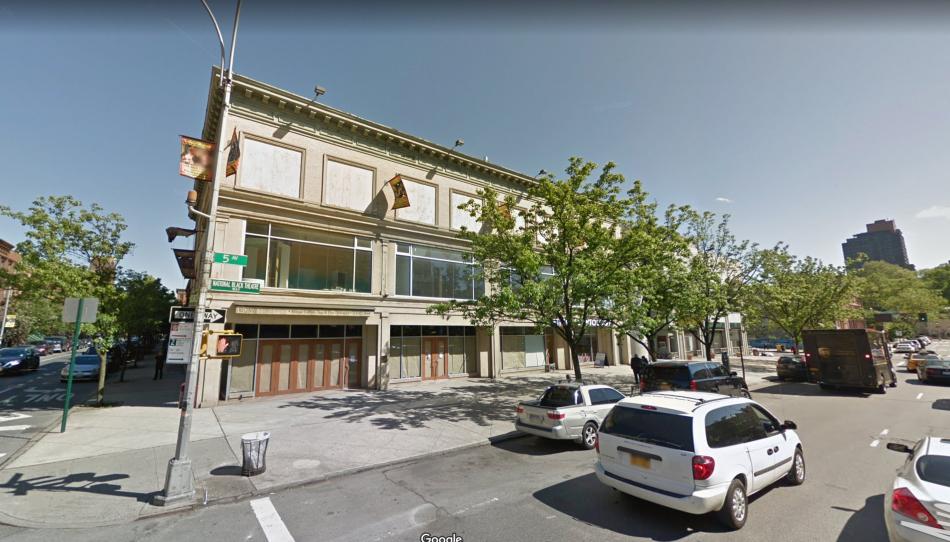 Plans to redevelop the National Black Theatre were first announced in 2017, while demo permits were filed back in December 2020 for a row of buildings at 2023-2033 Fifth Avenue (which includes the existing theatre building). Since being made public five years ago, the project has heartily maintained the full endorsement of Community Board 11 and Manhattan Borough President Gale Brewer — this support has bolstered the case for a rezoning and allowed for increased density. The site also sits within the Special 125th Street District, which provides a bonus of four square feet of extra floor area for every one square foot of cultural space developed.

Construction on the new building is slated to begin in the fall with a completion expected in spring 2024. The National Black Theatre says in the meantime it will be using office and performance spaces in the Apollo Theater to support operations and programming.

The National Black Theatre is one of the country's oldest black theatres, founded in 1968 by Dr. Barbara Ann McTeer. Since its inception has hosted artists ranging from Nina Simone, Nikki Giovanni, Ruby Dee, and Maya Angelou. In 1983, the theatre acquired its current Fifth Avenue site.