Last week, the New York City Department of Housing Development and Preservation announced the winning submissions from a request for proposals that will result in the construction of nearly 600 affordable housing units and a new Afro-Latin Music and Arts Center in East Harlem.

The two projects, enabled by the zoning rules approved through the East Harlem Neighborhood Plan, will be accompanied by wraparound social services and after-school programming for residents.  Most of the new homes will be priced for families earning up to $86,000 per year, with 174 units reserved for formerly homeless households. 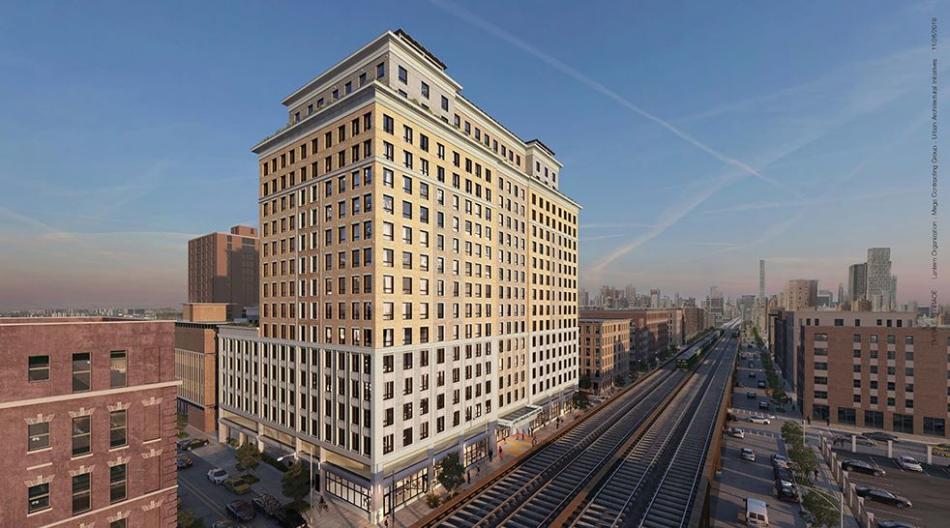 “These incredible projects are delivering on the City’s commitment to invest in job training, youth, education, and more affordable housing for East Harlem. They are also proving that affordable housing can be an anchor for the arts and the entire community’s well-being,” said HPD Commissioner Louise Carroll in a prepared statement. “I am so proud to announce plans for both the new Afro-Latin Music and Arts Center and renovated multi-service facility that will enhance the community’s quality of life. I want to thank our partners, The Community Builders, Ascendant Neighborhood Development, Mega Contracting, Lantern Organization, and the Afro Latin Jazz Alliance for their creative and thoughtful leadership.”

On the east side of Park Avenue between East 118th Street and East 119th Street, a former NYPD parking site is slated for redevelopment with a project called Timbale Terrace, which house the proposed Afro Latin Jazz Alliance-operated art center.  Lantern Organization and Mega Development are planning a new building with up to 330 residential units, 99 of which would be set aside for formerly unhoused households.  The 16,000-square-fooot performing arts center would incorporate gallery spaces, recording studios, and street-level retail space.  Plans also call for outdoor terraces, a resident gym, offices, and social services provided by Lantern Community Services. 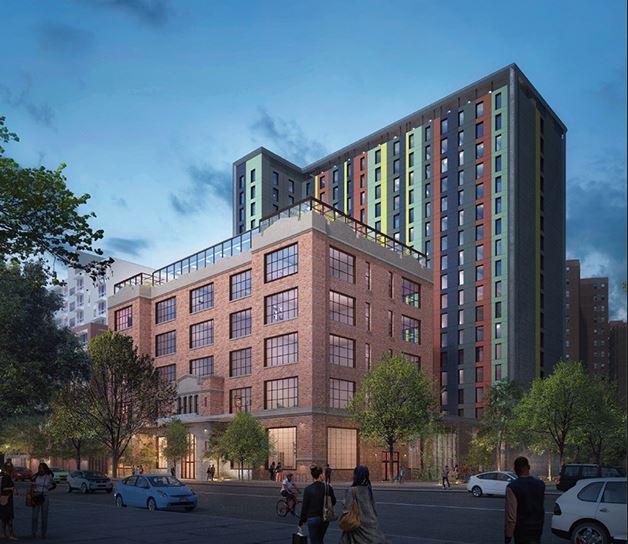 The second development, called The Beacon, would rise from a property adjacent to the East Harlem Multi-Service Center at 413 E. 120th Street.  Plans call for up to 250 residential units, including 75 for formerly homeless households.  The new construction will be packaged with an expansion of the Multi-Service Center, which will add a new atrium and green space.

Timbale Terrace and The Beacon are the latest results of the 2017 effort to rezone East Harlem with the goal of generating additional affordable and supportive housing.  Since the adoption of the East Harlem Neighborhood Plan, the city has financed more than 7,500 new affordable housing units in the neighborhood, including the 700-unit Sendero Verde development.