Construction has commenced for Throop Corners, the first of five projects on city-owned sites in Brooklyn's Broadway Triangle neighborhood, the New York City Department of Housing Preservation and Development (HPD) announced on September 14.

The project site, located at the intersection of the Williamsburg, Bushwick, and Bedford-Stuyvesant neighborhoods, is slated for the construction of a mixed-use building containing 140 deeply affordable homes as well as a workforce development center. Plans call for a mix of studio, one, two, three, and four-bedroom units, including homes for formerly homeless residents. All of the apartments are priced at or below 80 percent of the area median income level.

Marvel Architects is designing Throop Corners, which is shown in renderings as a contemporary nine-story building. Besides housing, other project components will include a landscaped courtyard and roof terrace and community rooms. 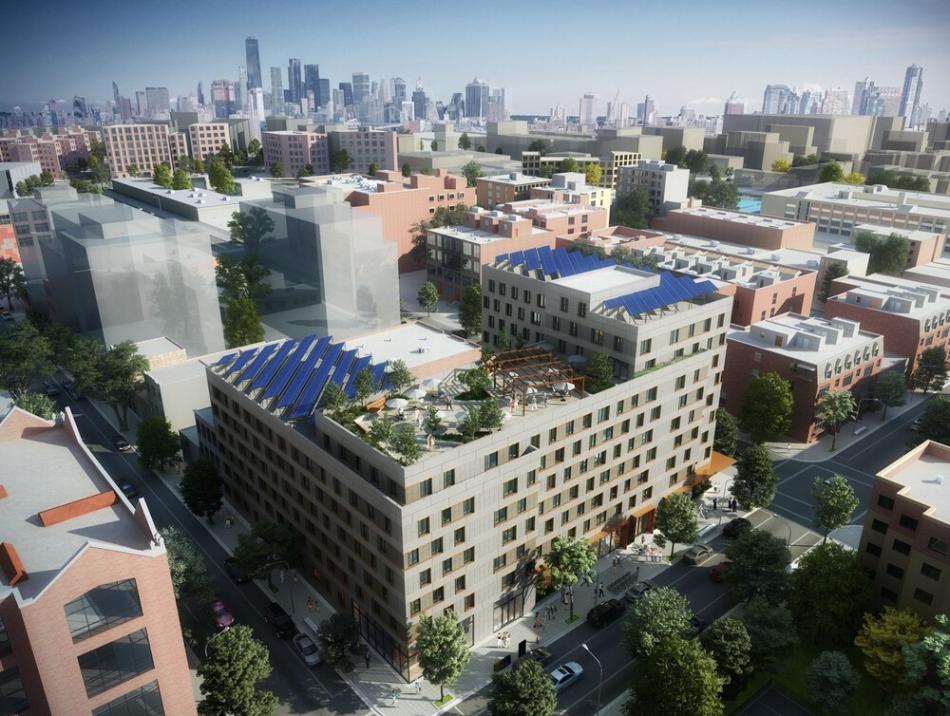 Funding for Throop Corners, which is slated for completion in 2024, includes a mix of state and local funds.