The project, which was developed by New York-based non-profit Breaking Ground, is located at 7 Livonia Avenue in Brownsville.  The eight-story building features 126 studio, one-, two- and three-bedroom apartments on its upper floors, which are earmarked for formerly homeless and low-income individuals, as well as veterans and families from Brownsville.  At street-level, roughly 3,000 square feet of retail space will be occupied by the Brooklyn-based non-profit organization Power of Two.

"Our most vulnerable New Yorkers deserve to have a safe, decent and affordable place to call home, as well as access to the vital services they need," said Cuomo in a news release.  "Edwin's Place is an example of what we are doing to make that a reality across Brooklyn's neighborhoods. Our ongoing fight to end homelessness and housing insecurity means investing in high-quality supportive developments like this that benefit both residents and the entire community." 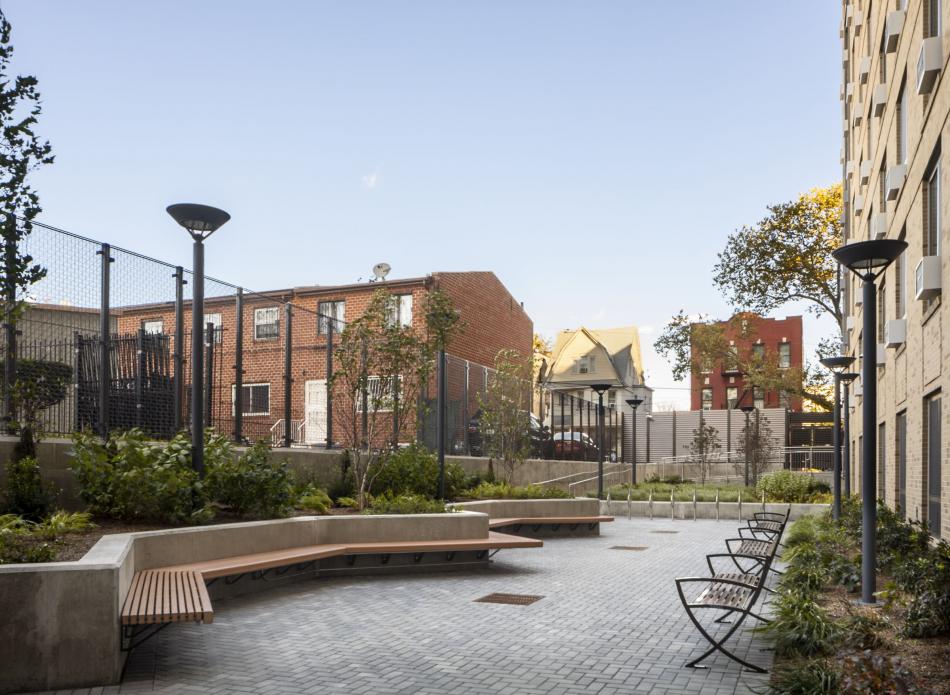 "At the corner Livonia Avenue and Grafton Street, the building is set back to accommodate the curve of the adjacent elevated New York City Subway tracks," reads a project description from the Breaking Ground website.  "A metal and glass curtainwall bay above the entry provides a focal point to the south facade and light to the elevator lobbies."

The project's on-site social services are to be administered by African American Planning Commission, Inc.  Edwin's Place is the first collaboration between the AAPC and Breaking Ground.

Funding for Edwin's Place included $11.7 million in tax-exempt bonds and federal low-income housing tax credits, which were leveraged to secure $31.5 million in equity and nearly $9.5 million in subsidies.  Other sources included the Office of Temporary and Disability Assistance, the New York City Department of Housing Preservation and Development, and National Grid.

The project is Breaking Ground's seventh development in Brooklyn, and its 25th in New York City.