NYC Construction Costs Rose 8 Percent in Last Year "A new report from construction consultant Rider Levett Bucknall (RLB) pegged surging construction costs to supply chain and employment issues. Average diesel prices are up 80 percent compared to a year ago, causing material costs to rise, and ongoing shortages of specific items — such as HVAC equipment and kitchen appliances — have created delays for many projects. Nearly three-quarters of contractors told RLB that their projects took longer than expected in 2021." (Commercial Observer)

Future of NYC's Governors Island hangs in the balance as rezoning heads to court "Last year’s rezoning paved the way for 3.7 million square feet of new office, hotel, and retail space on the south part of the island, with buildings rising at most 125 to 225 feet, or around 14 stories. While the first phase of the project outlined in the existing request for proposals is soliciting ideas for a climate and resilience hub, the rezoning leaves open the possibility that additional commercial tenants could be brought in to redevelop other rezoned sites and rehab the historic district buildings." (Gothamist) 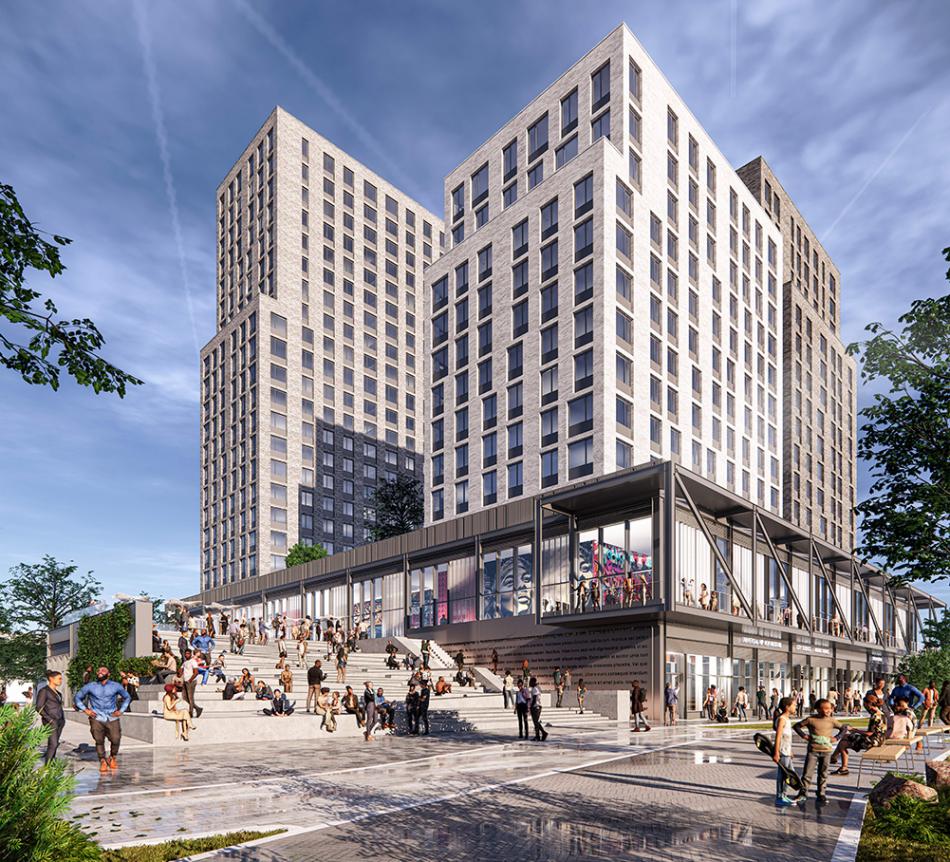 Vornado bets on Penn District project to hold it steady amid possible recession "Vornado Realty Trust, the city’s second-largest office landlord, beat performance estimates for the second quarter of the year. However, it is prepared for its business to be lower than forecast during the second half, given a higher-interest-rate environment, Chief Executive Steven Roth said during a Tuesday earnings call." (Crain's)

MTA unveils new 18-foot ceilings at Penn Station’s LIRR concourse "Crews are working to increase the ceiling height of the entire LIRR Concourse to 18 feet and its width from 30 feet to 57 feet. They are also installing better lighting, enhancing airflow, and improving wayfinding and accessibility throughout the station." (6sqft)