The Museum of Chinese in America (MOCA) is lifting the veil on plans to develop a new headquarters facility in Lower Manhattan, reports The Architect's Newspaper.

The roughly $118-million project, designed by Maya Lin Studio in partnership with Ralph Appelbaum Associates, will rise from a property located at 215 Centre Street. The new 68,000-square-foot building will expand upon MOCA's existing 12,000-square-foot space at the same location. 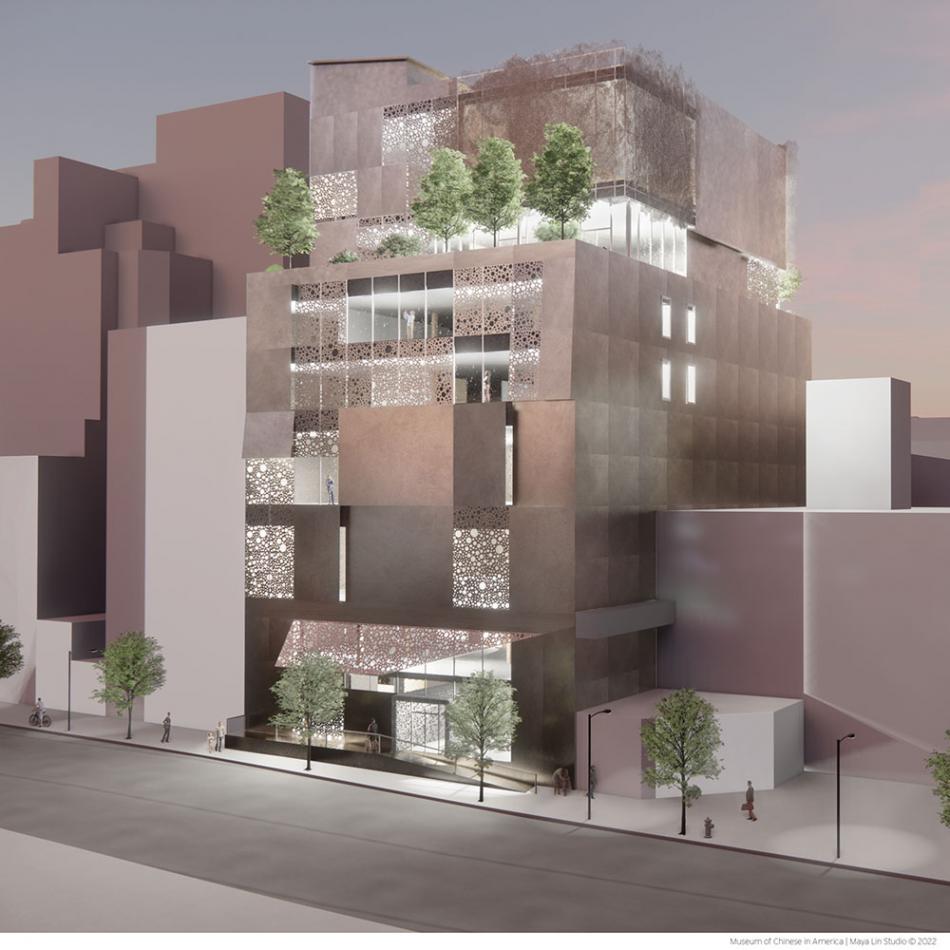 Lin's design calls for an exterior of metal panels with terrace decks and interior public spaces. Its concept was inspired by the Tangram, a Chinese dissection puzzle.

The nine-story edifice will be home to the museum's permanent collection, which chronicles the Chinese diaspora in the United States, as well as other revolving exhibitions, classrooms, a demonstration kitchen, an auditorium, a cafe, and a research and genealogy center.

MOCA's existing home is scheduled to close at the end of 2023, clearing the way for construction of the new building to begin. Completion is expected in 2025.