The MTA is lifting the veil on plans to redevelop its warehouse at 40 Quay Street in Greenpoint, Brooklyn into a mixed-use high-rise complex.

The project, named Monitor Point, would be built by the Gotham Organization, which controls the site under a 99-year ground lease approved earlier this week by the MTA Finance Committee.  According to an official website, the proposed development is expected to include up to 900 homes, accompanied by on-site parking, more than 100,000 square feet of retail and restaurant space, and rebuilt MTA facilities.

The proposed housing would include a 25 percent affordability component - priced for households earning up to 60 percent of the area median income - as well as designated senior units.  RiseBoro Community Partnership is slated to manage the senior and income-restricted units. 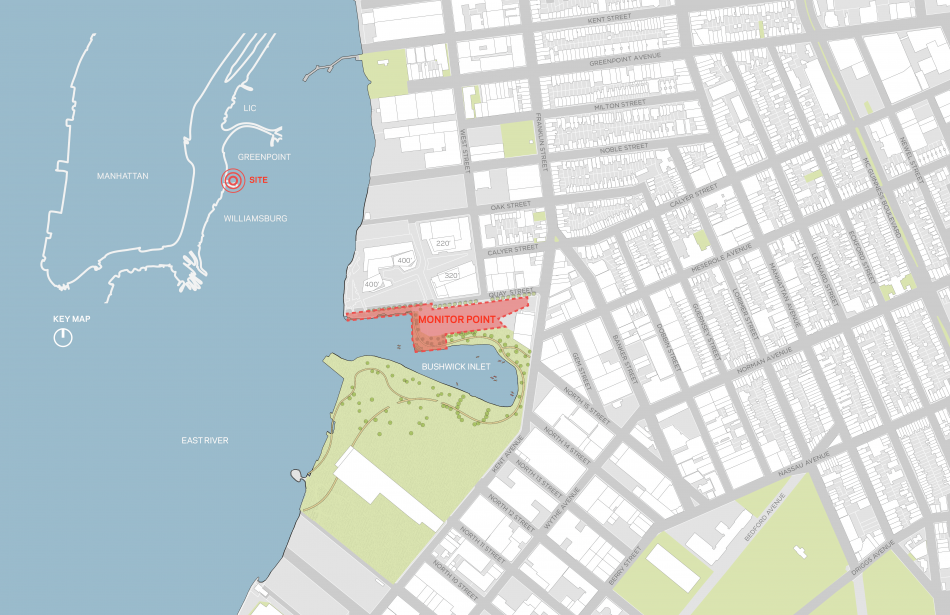 Besides the proposed commercial space, publicly-accessible uses at the property would include the project's namesake - a new permanent home for the Greenpoint Monitor Museum, which commemorates the USS Monitor, Civil War-era steam-powered warship that was launched from project site.

Likewise, plans call for the construction of a new waterfront promenade, connecting the communities of Greenpoint and Williamsburg, as well as a new public plaza at the terminus of West Street.

FXCollaborative has been tapped to design Monitor Point, which is scheduled to move through the approval process over the three years, with a groundbreaking expected in late 2024.