In a ceremony held last week, the MTA and a group of elected officials marked the groundbreaking for an extension of the Metro-North Railroad's New Haven Line to serve roughly a half-million residents of the Bronx. 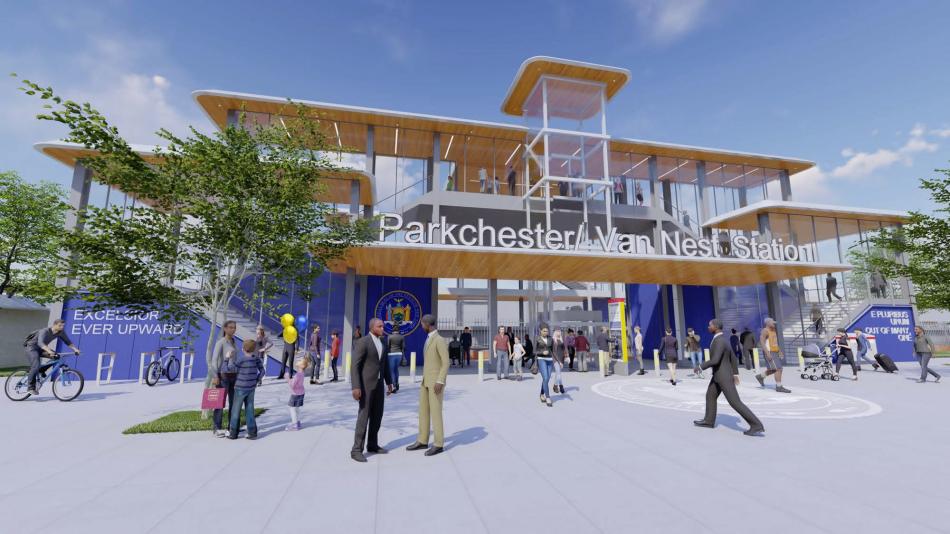 Metro-North Penn Station Access project, the largest expansion of Metro-North service since its founding nearly 40 years ago, will create a second route into Manhattan for the railroad, while also expanding access to jobs for neighborhoods in the East Bronx.

"We are bringing modern, safe, and reliable public transportation to East Bronx communities and with it, more economic opportunity for New Yorkers," said Governor Kathy Hochul in a news release. "In partnership with Senator Schumer, Representatives Torres, Ocasio-Cortez, and Bowman, and Amtrak, Penn Station Access will not only drastically reduce commute times, but it will also help connect hundreds of thousands of residents and boost local economies." 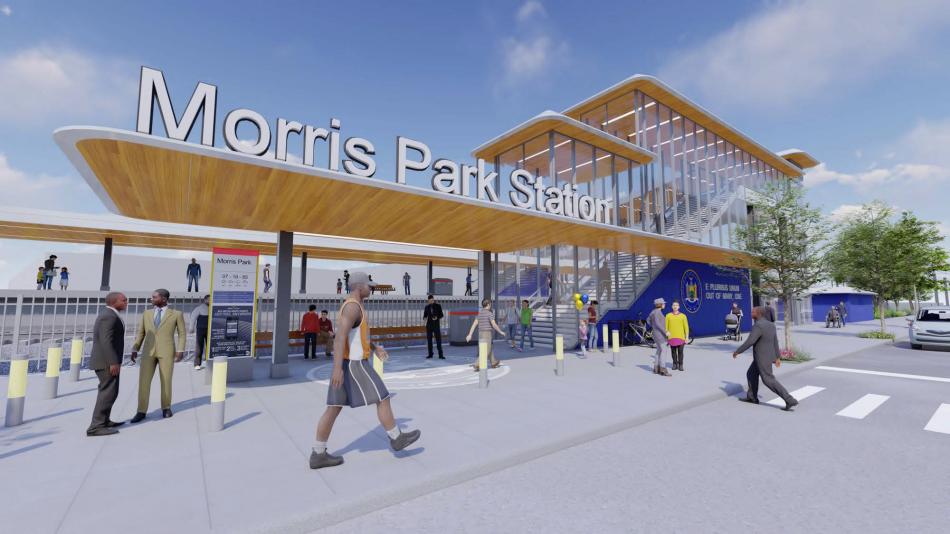 The extension, which makes use of Amtrak's Hell Gate Line to access Penn Station, will include new stops in Hunts Point, Parkchester/Van Nest, Morris Park, and Co-Op City. When completed, the new service is expected is expected to cut travel times for East Bronx passengers to Penn Station by 50 minutes in each direction, while passengers traveling to Connecticut could save up to 75 minutes.

The scope of work will involve the construction of the four new stations and quadruple-tracking a mostly two-track corridor over a roughly 19-mile stretch. Additionally, plans call for an expansion of Metro-North's New Rochelle Yard in Westchester, as well as new interlockings, substations, and other upgrades. 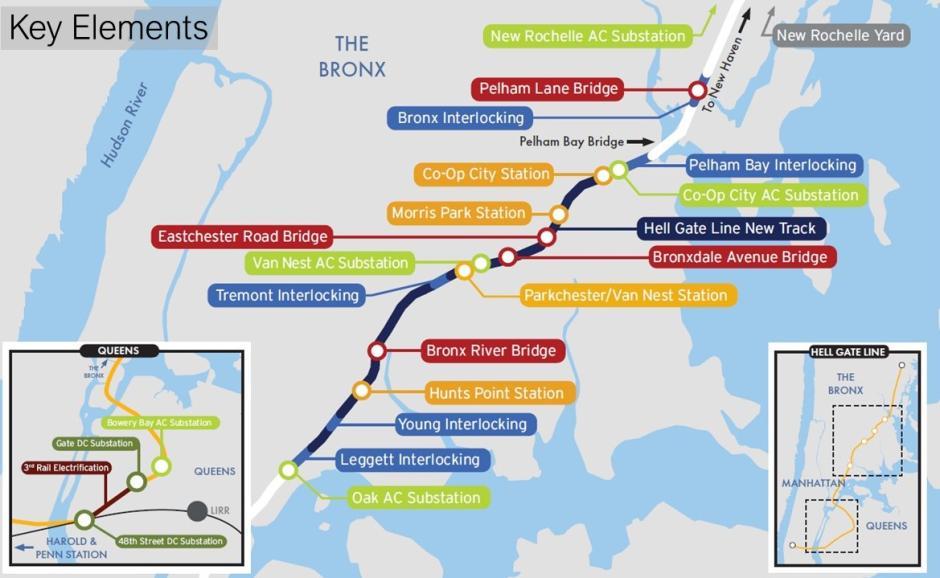 Completion is expected by 2027.