After shrinking the size of its proposed development in Prospect Heights, developer Atlantic-Vanderbilt Holdings has secured the approval of the City Council's Land Use Committee, despite failing to garner the support of the local community board. 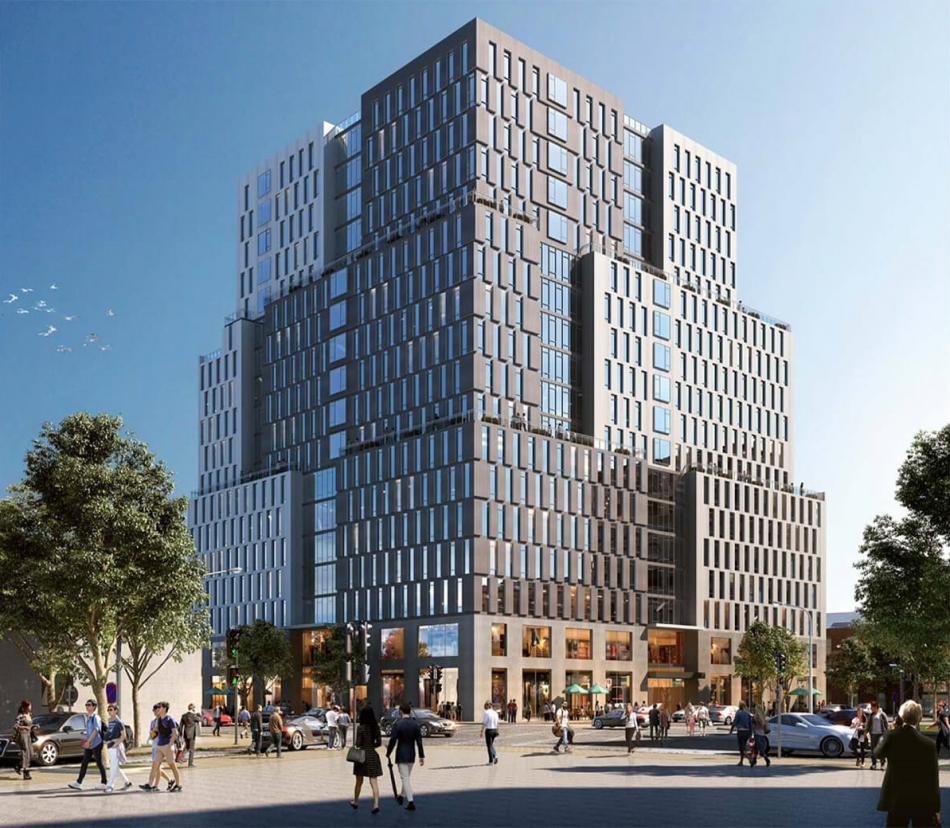 Brooklyn Paper reports that the project, slated to replace a McDonald’s drive-thru restaurant at 840 Atlantic Avenue, was originally envisioned as an 18-story structure that would have featured 300 apartments - including 95 designated affordable units.  But after the proposed rezoning for that larger building was rejected by Borough President Eric Adams, Atlantic-Vanderbilt returned with a slightly smaller plan that reduces the structure's mass by 10 percent, but also shaves the amount income-restricted housing to 54 units.

However, that reduction was also accompanied by a deeper affordability level.  The revised plan would be targeted toward households earning 40 percent or less than the area median income, according to Brooklyn Paper.

Nonetheless, it is the market-rate units, not the affordable housing, that has served as the biggest lighting rod for criticism by community members and local elected officials, who have argued that the construction of the tower will spur gentrification in the surrounding area.

The controversy attached 840 Atlantic had prevented it from securing the approval of Community Board 8, which only saw 14 of 30 members cast votes in support of project earlier this month.  However, with the support of Councilmember Laurie Cumbo already in hand, the approval by the full City Council and Mayor Bill de Blasio is expected shortly.