With a $360-million loan in hand, real estate and construction giant Lendlease is set to build a new residential high-rise along the waterfront in Brooklyn's Greenpoint neighborhood.

Lendlease, which is developing the project with joint venture partner Aware Super, acquired by the 2.6-acre development site at 1 Java Street for $110.8 million in 2020. While initially envisioned as a 14-story building featuring 477 apartments and 12,000 square feet of retail space, the project is instead moving forward as a taller 36-story tower featuring 834 multifamily residential units.

“This financing is proof that experienced, creditworthy sponsors can secure debt financing even in uncertain market conditions,” said Lendlease portfolio manager Ben Byrne of the four-bank syndicate which provided the loan. “Leveraging the strengths of our integrated business model and partnership with Aware Super, Lendlease has forged strong relationships with financial institutions all over the globe, providing us with access to a multitude of capital sources who trust in our ability to execute.”

The project, in addition to housing, will include roughly 13,000 square feet of ground-floor retail space and  an approximately 18,000-square-foot waterfront park connecting with the India Street Pier.

As a requirement of the Affordable New York Housing Program, roughly 30 percent of the new apartments at 1 Java Street are to be set aside for rent at prices below market rate. 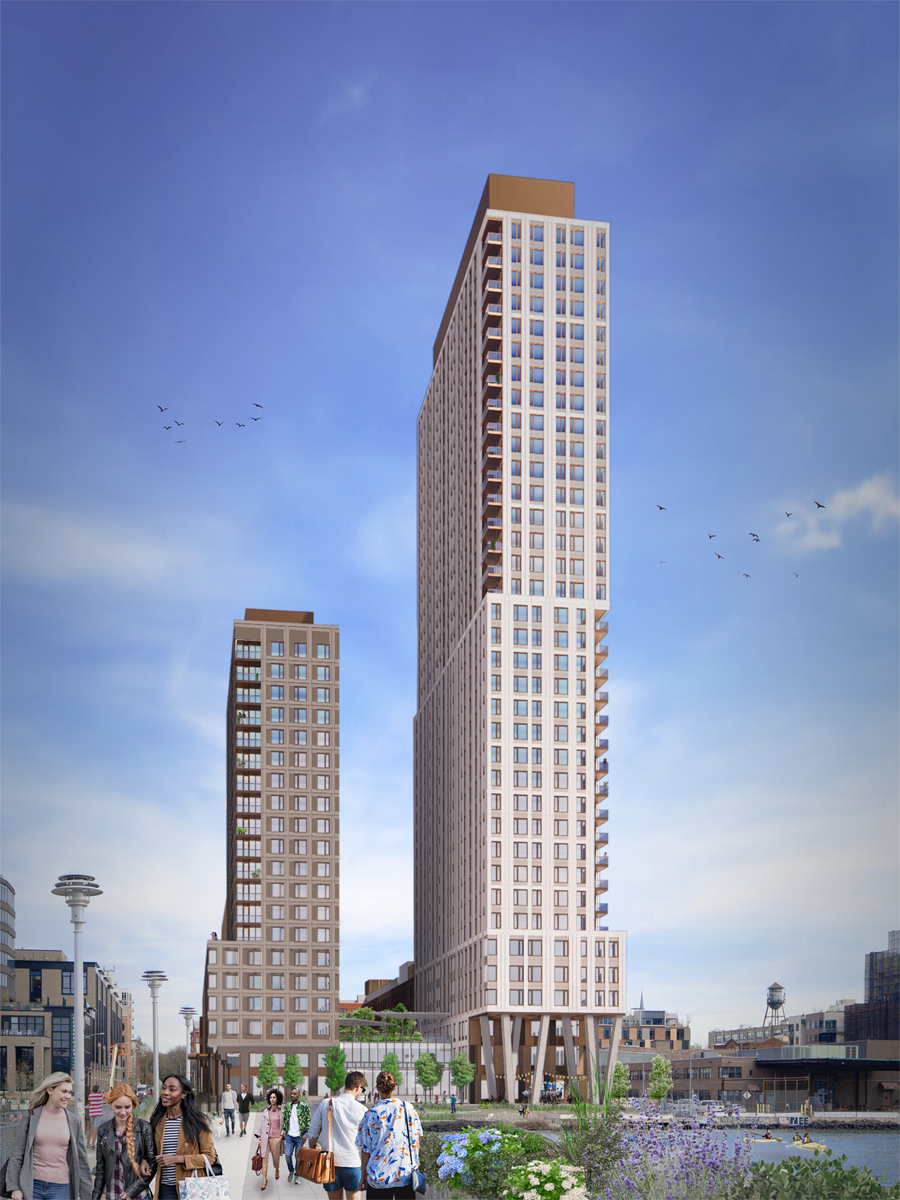 1 Java Street is planned to meet or exceed the requirements of New York’s decarbonization legislation, and is targeting LEED Gold, Fitwel and Waterfront Edge Design Guidelines certifications. Additionally, Lendlease is exploring the use of a geothermal system.

Lendlease, which will also build 1 Java Street through its construction arm, expects to complete work in 2026.

The project is the sixth that will be developed and operated through the joint venture of Aware Super and Lendlease in the United States. One of those other projects, an office and housing complex near a Metro stop in Los Angeles, could also begin construction next year.