A groundbreaking ceremony held earlier this month marked the start of construction for Kushner's $1-billion One Journal Square project in Jersey City, per multiple published reports. 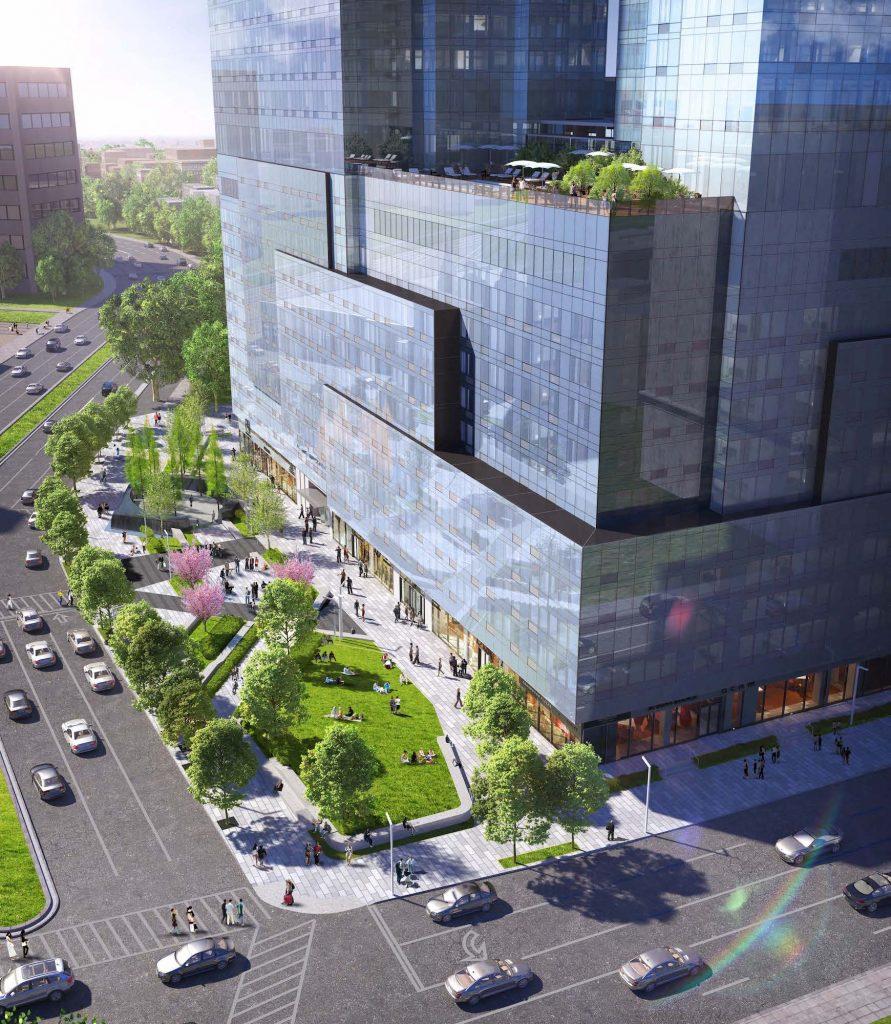 Rendering of One Journal SquareWoods Bagot

The two-tower development, designed by Woods Bagot Architects, will consist of 64-story glass- clad buildings on what has long been a vacant lot next to the Journal Square PATH Station. The completed project will feature a total of 1,723 rental units, amenities, and a 40,000-square-foot Target store.

Jersey Digs that One Journal Square will include a mix of studio, one-, two-, and three-bedroom dwellings, as well as parking for 883 vehicles. Other interior features of the project include an Olympic-sized indoor swimming pool, a whirlpool spa, a sauna and steam rooms, a bowling alley, a golf simulator, co-working space, a fitness center, a full-sized indoor basketball court, and a rock-climbing wall.

On the outside, plans call for two landscaped rooftop decks and yet another pool. 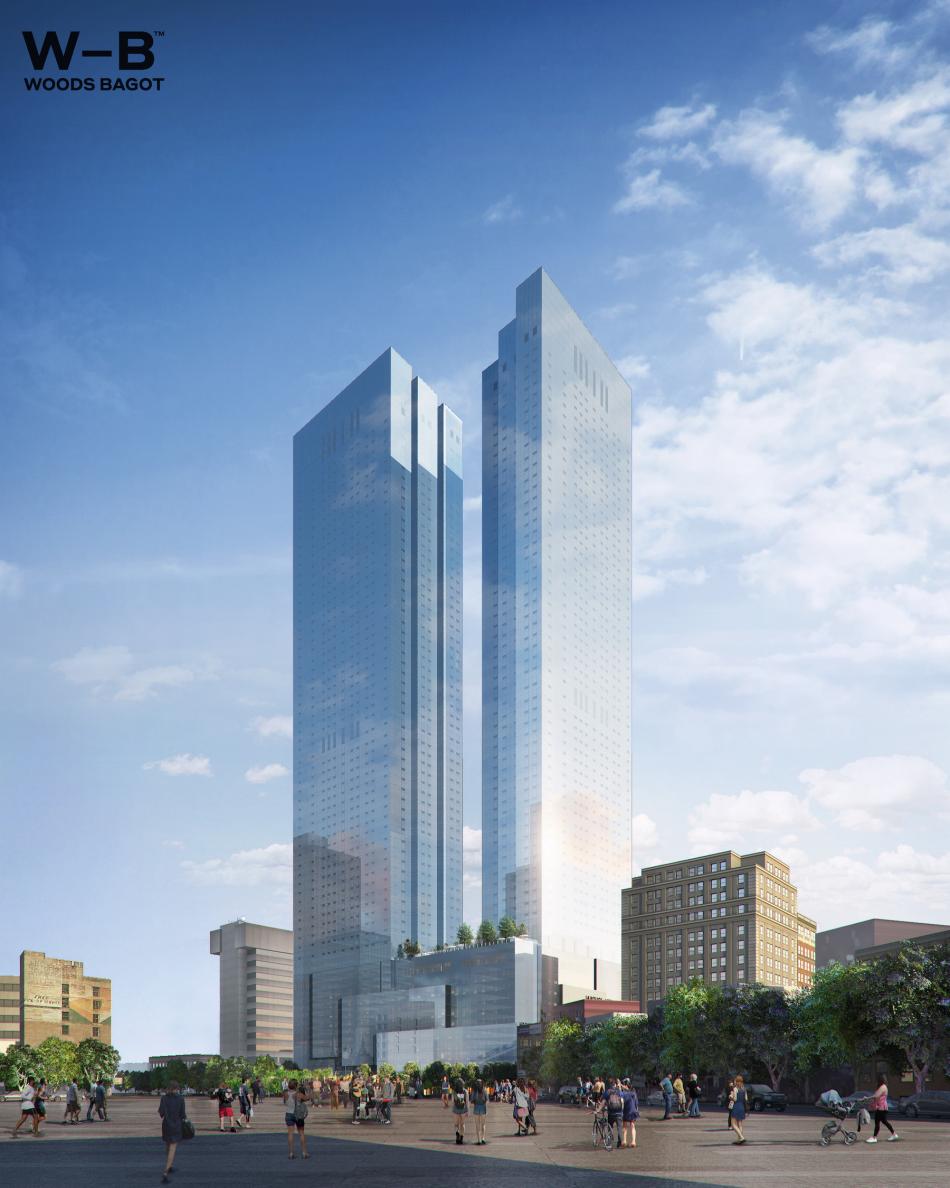 Completion of One Journal Square is expected in 2026.