Late last week, JPMorgan Chase and Foster + Partners lifted the curtain on plans for a supertall office tower in Midtown East which is set to become the bank's global headquarters. 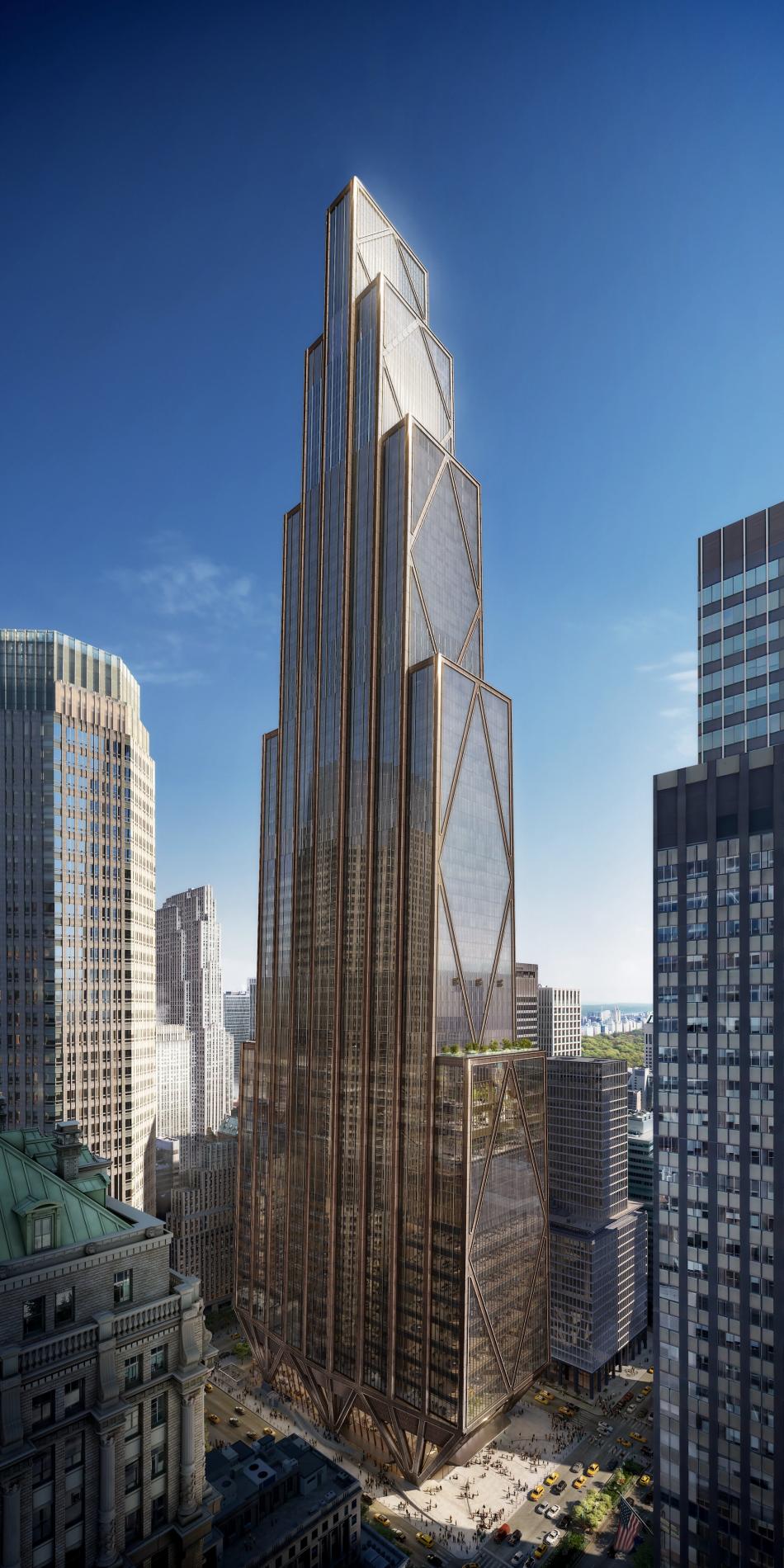 Slated to rise at 270 Park Avenue, the 60-story, 1,388-foot-tall building is billed as New York's largest all-electric high-rise, and is expected to meet net zero operational emissions. Plans call for more than 2.5 million square feet of space in the development, which would be the first built under the Midtown East Rezoning plan. That total includes offices, as well as common areas, a health and wellness center, and a food hall.

Likewise, the tower's sustainability features include water recycling and storage systems which are expected to reduce water usage by roughly 40 percent, as well as triple pane glazing and solar shadings to improve energy efficiency. Green space is incorporated into the building facade through the use of outdoor terraces with landscaping.

“270 Park Avenue is set to be a new landmark that responds to its historic location as well as the legacy of JPMorgan Chase in New York," said Foster + Partners founder Norman Foster in a statement. The unique design rises to the challenge of respecting the rhythm and distinctive streetscape of Park Avenue, while accommodating the vital transport infrastructure of the city below. The result is an elegant solution where the architecture is the structure, and the structure is the architecture, embracing a new vision that will serve JPMorgan Chase now and well into the future.”

The completed tower would have space for up to 14,000 employees - a figure which would quadruple the capacity of the existing structure designed in the late 1950s. Additionally, plans call for 2.5 times more additional street-level open space, including wider sidewalks and a public plaza on Madison Avenue. A design choice to elevate the building roughly 80 feet above the ground accentuates that open space, extending view points from the Park Avenue entrance through to Madison Avenue.

“With our new headquarters, JPMorgan Chase is making a long-term investment in our business and New York City’s future while ensuring that we operate in a highly efficient and world-class environment for the 21st century," said JP Morgan Chase chief executive officer Jamie Dimon. "We are extremely excited about the building’s state-of-the-art technology, health and wellness amenities, and public spaces, among many other features. It is in the best location in one of the world’s greatest cities.”