Work on the Kew Gardens, Queens facility marks the first major move to build four smaller and "more humane" jails in Manhattan, the Bronx, Brooklyn, and Queens. The $8.3 billion effort comes via the Borough-Based Jails Program, a controversial plan passed by the City Council in October 2019, aimed at closing the 10 jails now in operation on Rikers Island. 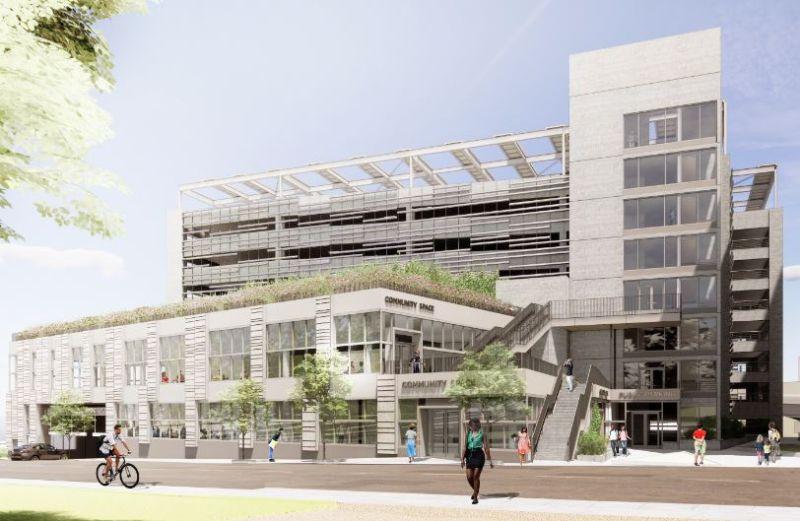 The new 866-bed, Queens-based jail will replace the current Queens Detention Complex, which is located adjacent to Queens Borough Hall and the Queens Criminal Courthouse. The project will also include a 25,000-square-foot, two-level, multi-purpose community space, and a 600-car public parking garage. Both buildings will be topped with a partially planted green roof and solar panels and be supported with on-site stormwater retention.

A design-build team made up of Hunter Roberts Construction Group and architecture firms Marvel and Urbahn Architects are overseeing the work. Construction began on the garage and community space last month, and the jail facility is expected to open in early 2023.

Procurement and early site preparation activities are ongoing for the other three Borough-Based Jails sites in Manhattan, the Bronx, and Brooklyn, officials share. Later this year, the NYC Department of Design and Construction (DDC) expects to award a contract to dismantle the Brooklyn House of Detention in Cobble Hill and construct a temporary swing space to facilitate the DOC’s transfers for court appearances until construction of a new jail at the site is complete.