Racks in Effect: City, MTA to Put Bike Parking at Dozens of Subway Stations "Transit officials described the move as a “real sea change” for New York cyclists that will install bicycle racks at 37 locations, placing racks on the front of some buses and more." (The City)

More Than 20 Subway Stations Exceeded Pre-Pandemic Ridership Figures in December "According to Comptroller Tom DiNapoli’s subway ridership dashboard — which tracks ridership by station and compares the numbers each month to the number of riders in February 2019 — there are 21 stations around the system that had more riders in December 2022 than in February 2019." (Streetsblog NYC) 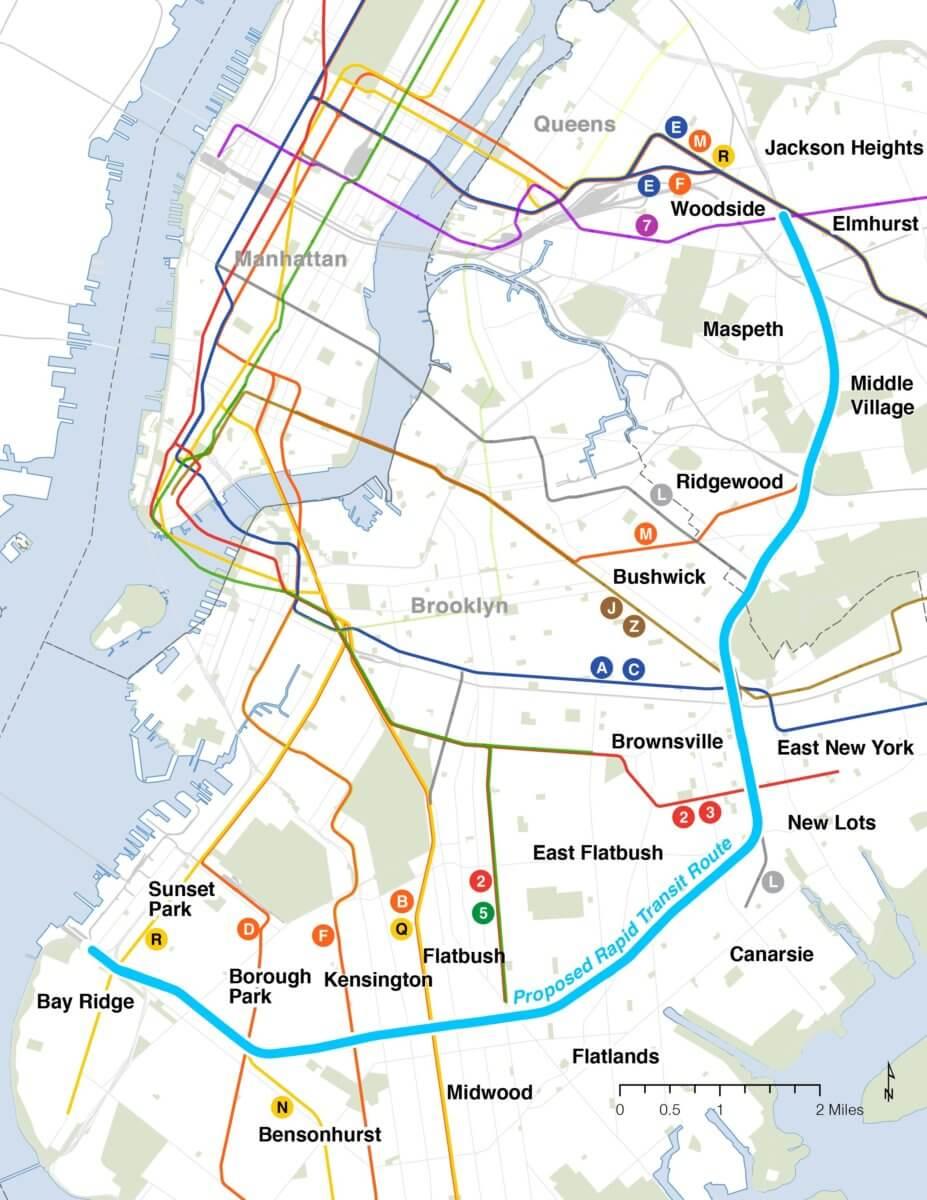 Route of the Interborough ExpressMTA

Hochul Gives Green Signal To Light Rail On The Interborough Express "Before Tuesday’s announcement, the MTA was weighing three options for reactivating the right of way known as the Bay Ridge Branch: light rail, heavy rail like a subway, or bus rapid transit." (Streetsblog NYC)

MTA's East Side Access project delayed again due to vent problems "It’s the latest hiccup for a project long plagued by mismanagement. In 2001, the service was expected to open in 2011 at a cost of $4.3 billion. Nearly 12 years later, the price tag sits at $11.6 billion, federal records show." (Gothamist)

Utility outages at NYCHA complexes increased last year, leaving thousands without heat, hot water "Data obtained by the Legal Aid Society through a Freedom of Information Act request shows that almost 2,000 NYCHA residents went without hot water for several hours at a time last year, while over 700 didn’t have heat — some, on days when the temperature outside was as low as 23 degrees. Another 800 residents had no water at all for long stretches." (Brooklyn Paper)