Gowanus Forward, a coalition of Gowanus Neighborhood Plan advocates that include Domain Companies, Monadnock, and PMG, have put forward a pair of new renderings revealing what the Brooklyn neighborhood could look like if rezoned. (h/t Yimby)

The images, created by landscape architects SCAPE, follow a recent favorable Brooklyn Supreme Court ruling that lifted a temporary restraining order that had hindered efforts to move the rezoning through the city's formal review process (ULURP). The plan officially entered public review at the end of April, and the first hearing was held on June 4 both virtually and in person. To be sure, the current rezoning plan has its fair share of supporters, those in opposition, and those asking for amendments. 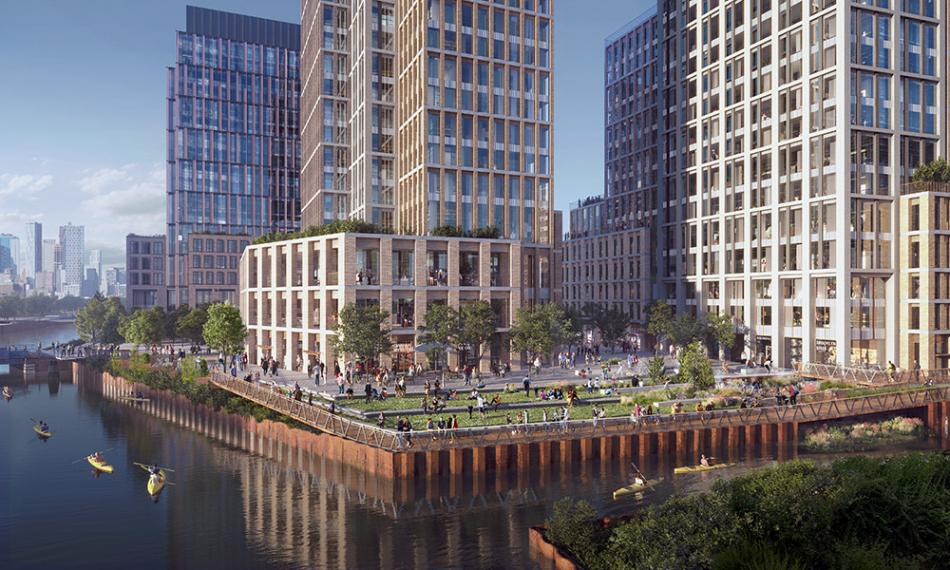 Conceptual rendering of new developments on the Gowanus canal after rezoningSCAPE

As depicted in the illustrations above, the rezoning will see the waterfront revitalized with more than six acres of new open space. The plan also would create an estimated 8,500 new housing units, 3,000 of which would be made affordable, and some 3,500 new jobs. Within the sprawling 82-block area targeted for rezoning, there is now only one major park and affordable housing opportunities are limited as most of the neighborhood is currently zoned for industrial uses.

To accommodate the growth, infrastructure upgrades would also be undertaken, as would measures to improve resiliency against threats posed by climate change and long-term daily tidal flooding. Developers would be required to clean up long-polluted brownfield sites along the canal and throughout the neighborhood before they can begin construction on their projects. Moreoever, new developments going up along the canal would need to be elevated and positioned in a way that supports a continuous esplanade along the canal.

The last time Gowanus saw a rezoning was in the 1960s.