In a unanimous vote last week, the City Council gave the green-light to the River Ring project, clearing the way for the construction of two towers on the Williamsburg waterfront, reports Brooklyn Paper.

The project, slated for the site of a former Con Edison storage facility that developer Two Trees Management purchased for $150 million in 2019, would feature more than 1,050 apartments (including 263 of affordable units), offices, and retail.

Bjarke Ingels headlines the design team for the project, which calls for the construction of two towers. The southern building, at 750 feet in height, would rank as the second tallest building in Brooklyn, if completed today.

At ground-level, plans call for six acres of open space, designed by High Line architect James Corner Field Operations. Roughly half of the proposed open space would be located directly on the waterfront in the form of a new promenade and public beach. 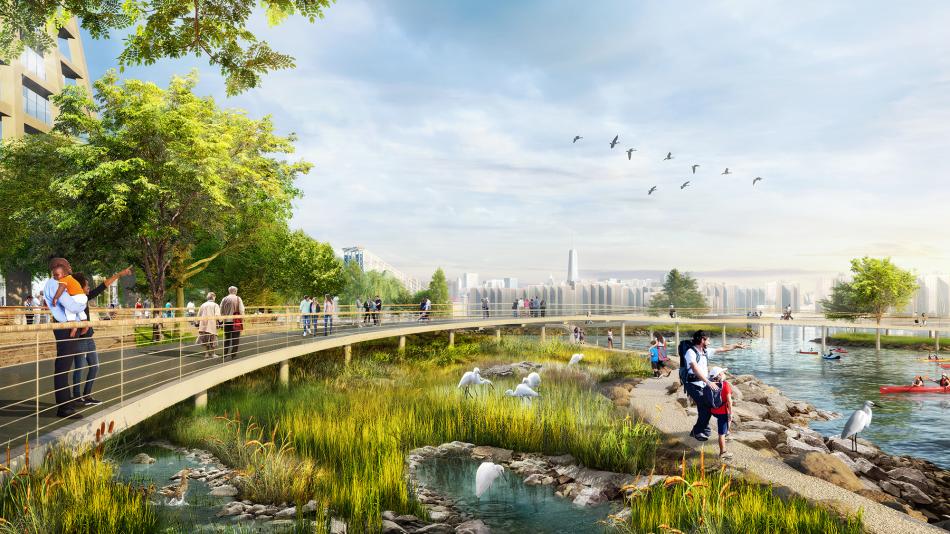 Approval by the City Council comes months after a coalition of community groups announced their tentative support for the River Ring development - if Two Trees would agree to fund additional affordable housing and other community programs. Those demands were met when the developer agreed to provide $31 million for the construction of senior affordable housing at another location, as well as additional funding for job training and other projects.

Scoping documents filed earlier this year with the city indicated that the River Ring project would "be constructed over a period of approximately 50 months, with expected completion and full occupancy by 2027."