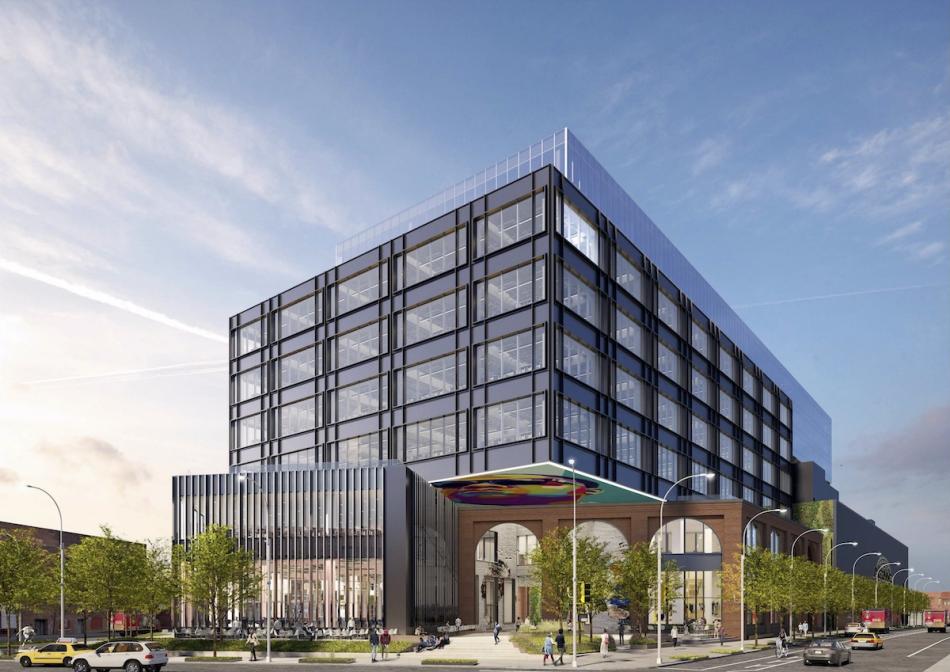 Located near the Greenpoint waterfront, Acme will see its 60,000-square-foot building replaced with a $550 million mixed-use project with the help of real estate developer Rubenstein Partners. The massive development will be branded as 10 Wythe for its three-acre location on the block at Wythe Avenue, Gem Street, Banker Street, and Meserole Avenue.

In addition to a new four-story, 95,300-square-foot facility for Acme, Rubenstein also has plans to build a nine-story structure with 454,000 square feet of commercial space and 33,800 square feet of retail space. The project will also introduce a new half-acre park that will link McCarren Park and the future Bushwick Inlet Park.

Before the zoning amendment was endorsed by the City Council, a building of only 233,500 square feet would have been allowed as of right.

The approval is being touted as a boon for post-pandemic recovery, with up to 2,000 new jobs expected in the new development’s commercial spaces. Acme will also be able to retain its local workforce, which employs over 100 union workers. Had the City Council rejected the project, Acme would have left the borough it has called home since 1909 to find larger quarters.

“From its skilled workforce to its vibrant culture, being in Brooklyn has always been central to this company’s success, and we’re thrilled to now have the opportunity to not only remain here in the borough, but to also expand our operations as we continue to grow with the neighborhood we’ve called home for generations,” said Adam Caslow, co-CEO and fourth-generation owner of Acme Smoked Fish.

“Acme Smoked Fish has been an integral partner in our community now for four generations,” said City Council Member Stephen Levin. “It supports more than one hundred good union jobs, and is a great source of pride that Brooklynites share with people all around the world who love their smoked fish products. I’m confident that we reached a plan that will help Acme grow their community presence, while ensuring that this space remains industrial, and a generator of good, middle-class jobs, for long into the future.”

Rubenstein says it will break ground in the third quarter of this year. Acme's building is anticipated to be ready for move-in by late 2024, while the entire development is expected to wrap by mid-2025.