With a groundbreaking ceremony this month, it's official: Witkoff and Apollo have started construction of The Brook, a mixed-use high-rise development in Downtown Brooklyn.

Located in the Albee Square area, the roughly 600-foot-tall building will contain 591 rental apartments above 42,000 square feet of retail space at the ground and basement levels - including a wraparound corner space at 555 Fulton Street. Plans also call for roughly 30,000 square feet of indoor and outdoor amenity spaces. 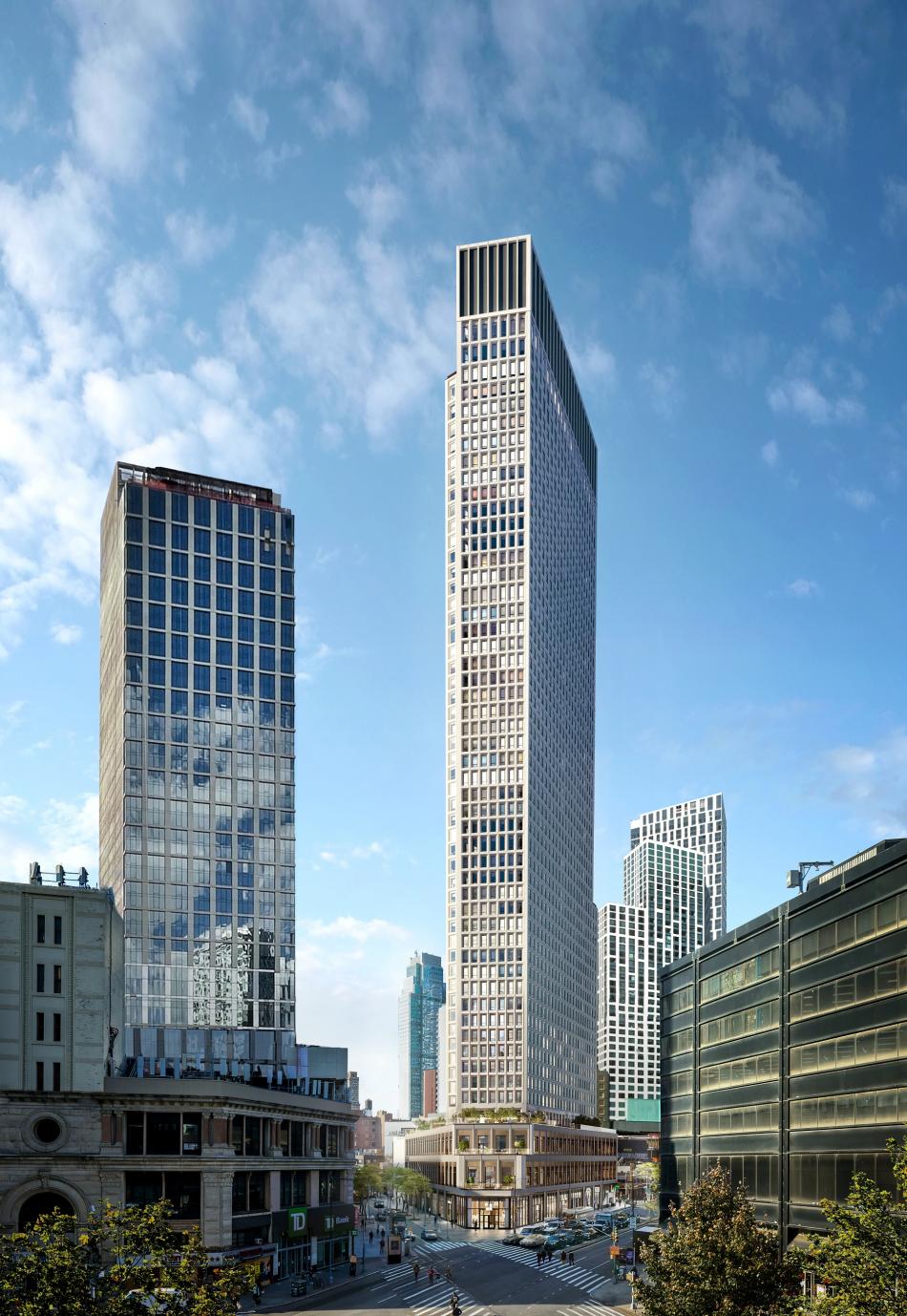 Rendering of The BrookNQS Creative

“The groundbreaking of The Brook is another milestone in the continued evolution of Downtown Brooklyn, bringing more high-end retail to the streetscape and new residences in this sought-after location,” said Witkoff president and chief investment officer Scott Alper at the ceremony. “We are honored to spearhead this monumental development in Downtown Brooklyn.”

The tower will feature design work from architecture firm Beyer Blinder Belle and interior design firm Bonetti Kozerski. Plans call for a mix of studio, one-, and two-bedroom dwellings, as well as amenities including outdoor pools, basketball courts, fitness studios, a library, a club room, and landscaped terrace decks.

Suffolk is serving as the project's general contractor.

Aerial view of The BrookNQS Creative

More information is available at the project's official website: BrookBK.com.

New York-based Witkoff is also active on the other site of the country, where the company recently completed work on the 249-unit "Park" apartments in Downtown Santa Monica.