A proposed mixed-use project featuring affordable and supportive housing has been given the go-ahead in Hell's Kitchen. 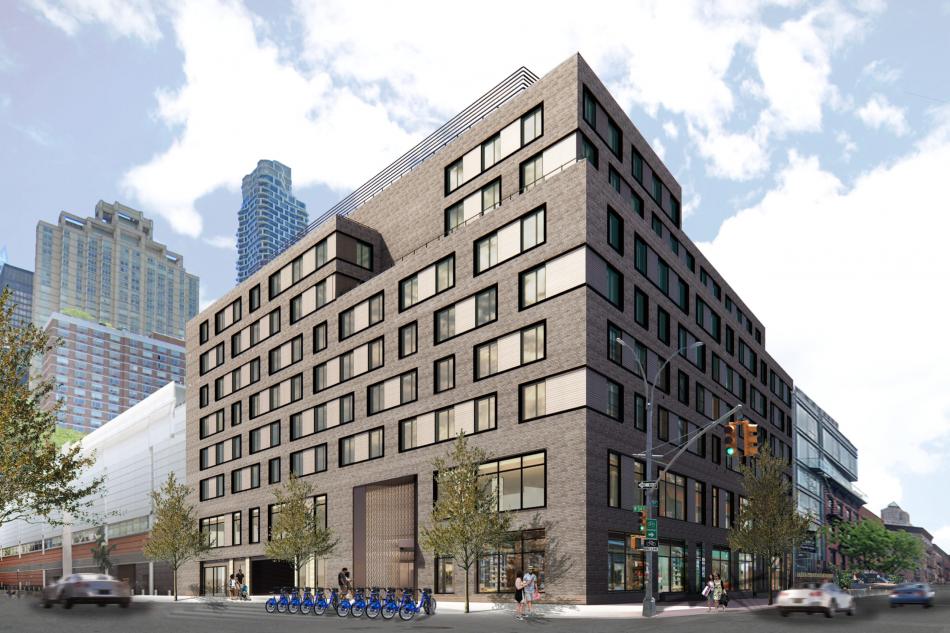 Street-level view of The LirioCetraRuddy

The New York City Council has approved the construction of The Lirio, a proposed project that is being developed by the Hudson Companies and Housing Works, and will create 112 income-restricted apartments, a new 30,000-square-foot office space for the MTA, and 9,000 square feet of ground-floor retail. The development site at 806 Ninth Avenue is a corner lot with frontage on 54th Street.

“My administration is committed to making New York a ‘City of Yes’ for all New Yorkers,” said Mayor Eric Adams in a news release announcing the project's approval. “Working closely with our partners in the City Council and members of the community, we are delivering 112 of the affordable and supportive homes we need to tackle our affordable housing crisis, all with access to public transportation and economic opportunity.”

In addition to the 59 supportive homes, targeted toward persons experiencing serious mental illness or substance abuse disorders, The Lirio will feature 44 permanently affordable homes for families and eight homes for formerly homeless individuals. The apartments will be made available for rent by families earning between 30 to 120 percent of the area median income level.

CetraRuddy is designing the The Lirio, which will target Passive House standards for energy efficiency and participate in the New York State Energy Research and Development Authority Multifamily Performance Program, according to the news release. Plans call for an exterior of brick with punched windows.