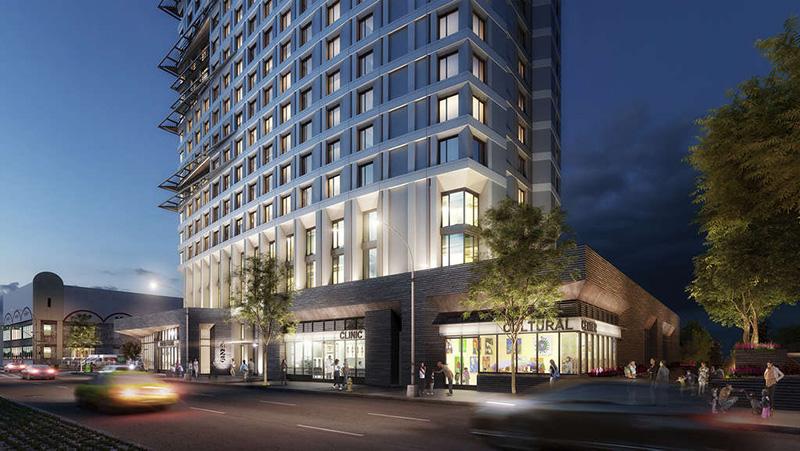 Rising 26 stories in height, the $178-million development brings 277 units of affordable housing, as well as on-site services and amenities, to the Mott Haven neighborhood in the Bronx. On-site amenities include a terrace deck and gym on the third floor, and a sky deck at the 25th floor.

“Our administration is focused on creating affordable housing for New Yorkers that doesn’t just help those who move in but enhances the entire community, and 425 Grand Concourse does exactly that,” said New York City Mayor Eric Adams in a statement. “Not only will this project create nearly 300 new, affordable homes for Bronxites but it will also improve the environment locally as New York City’s largest Passive House-certified building in, create economic opportunity for CUNY students through Hostos Community College, and ensure fresh food is accessible to members of the community with a supermarket. Today is an exciting day for residents of the Bronx, and I want to congratulate the residents, community members, and everyone who helped open this building today.”

The roughly 310,000-square-foot building will cater to residents earning between 30 and 130 percent of the of the area median income level, offering a mix of studio, one-, two-, and three-bedroom dwellings. Additionally, the project includes apartments set aside for formerly homeless individuals. 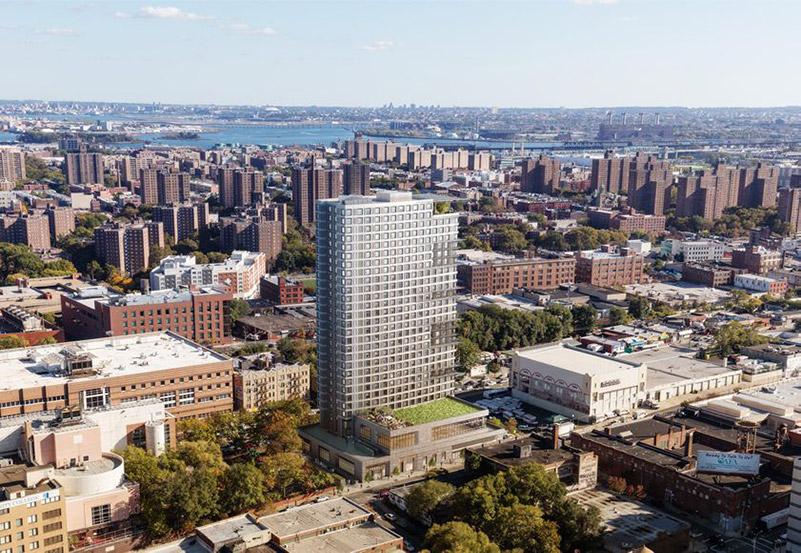 Dattner Architects designed 425 Grand Concourse, which stands on the former site of P.S. 31, which opened in 1899 and shuttered in 1997. The project stemmed from a 2015 request from proposals seeking redevelopment options for the site. Trinity Financial’s winning proposal incorporates elements of the former Collegiate Gothic school, and features the P.S. 31 sign on its facade.