Extell Development Co. expects to break ground next year on a new medical office tower on the Upper East Side - and the Hospital for Special Surgery has agreed to be the building's anchor tenant.

The prolific Manhattan-based firm, best known for supertall projects such as the supertall Nordstrom Tower at 217 West 57th Street, will build the 30-story, 400,000-square-foot building on a currently vacant site located at 403 East 79th Street. The Hospital for Special Surgery, which recently began work on a $300-million expansion hovering above FDR Drive, will occupy half of the building's floor area across its initial eight floors. The space would be used for physicians offices and ancillary services for the treatment of musculoskeletal conditions, per a news release. 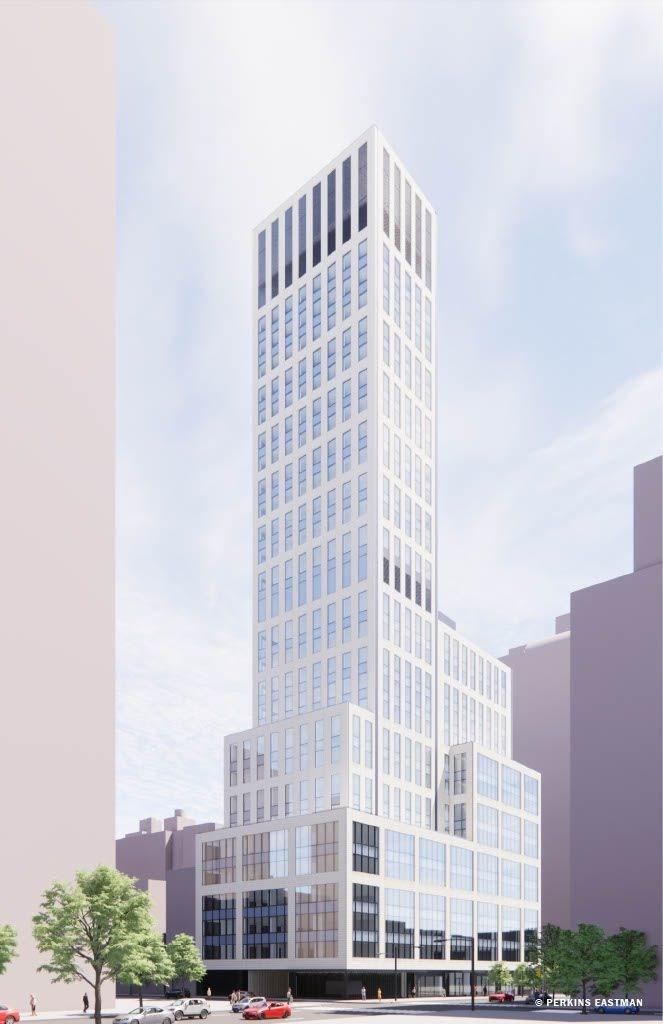 "As the population ages and in anticipation of increased life expectancy, several medical expansions and redevelopments are already underway on the Upper East Side; however, the current medical office inventory is not equipped to meet the modern tenant's needs," said Extell Development Company chairman and founder Gary Barnett in a prepared statement. "403 East 79th Street will provide a much-needed new facility to complement the area's growth. We are pleased to be partnering with HSS, the foremost hospital for orthopedics and rheumatology to anchor the base of the building."

Perkins Eastman is designing the proposed tower, which will serve as a mix of offices and research space, using oversized windows to offer views and natural lighting.  The property, which spans the east side of First Avenue between 79th and 80th Streets, will allow for an interior that is largely free of columns, creating greater flexibility for future tenants.

The project, which is already fully entitled, is scheduled to break ground in the first quarter of 2022 and open by early 2025.