A new development under review by the Jersey City Redevelopment Agency could bring 3,000 homes to a large site near the Hackensack River, reports YIMBY.

West Side Crossing, which is being developed by Bushburg Properties, would transform the roughly eight-acre property over three phases, in concert with an extension of the Hudson-Bergen Light Rail system. 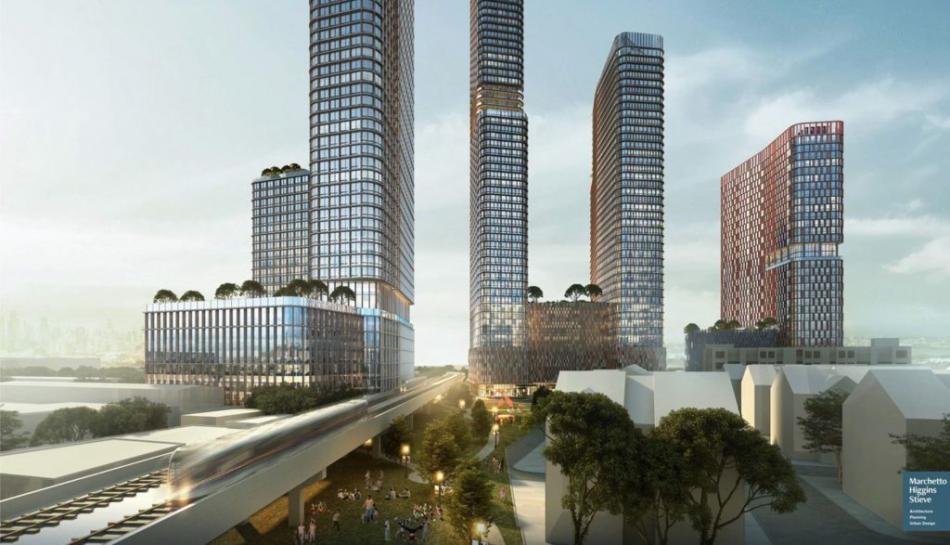 An initial phase of the project would include a 30-story building at Claremont Avenue and Water Street, featuring 473 residences above 11,600 square feet of ground-floor retail and parking for 344 vehicles. Plans also call for a 4,600-square-foot park at the foot of the building.

Phase two of West Side Crossing would include two towers above a shared podium at Grant Avenue and Water. Plans call for buildings standing 55 and 39 stories in height, featuring a combined total of 1,567 homes above a podium with 1,118 parking spaces and 109,000 square feet of retail. This component of the project would also include nearly 21,000 square feet of new public open space below the planned light rail viaduct.

The final phase of the proejct would consist of a 56-story tower between Greenwich Drive and Tribeca Avenue, featuring 1,039 residential units above 7,000 square feet of retail and parking for 529 vehicles. Additional open space is also planned below the rail viaduct. 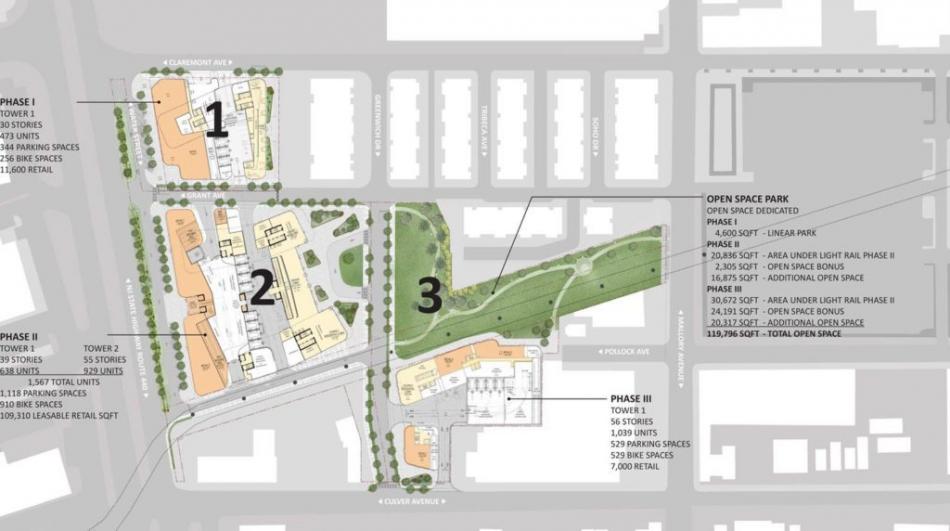 Site plan and phasing for West Side CrossingMarchetto Higgins Stieve

Marchetto Higgins Stieve is designing the project, which does not have an announced timeline.