A team of local organizations has been selected to develop new affordable housing on a currently empty lot in Bed-Stuy, Brooklyn, the New York City Department of Housing Preservation and Development announced last week. 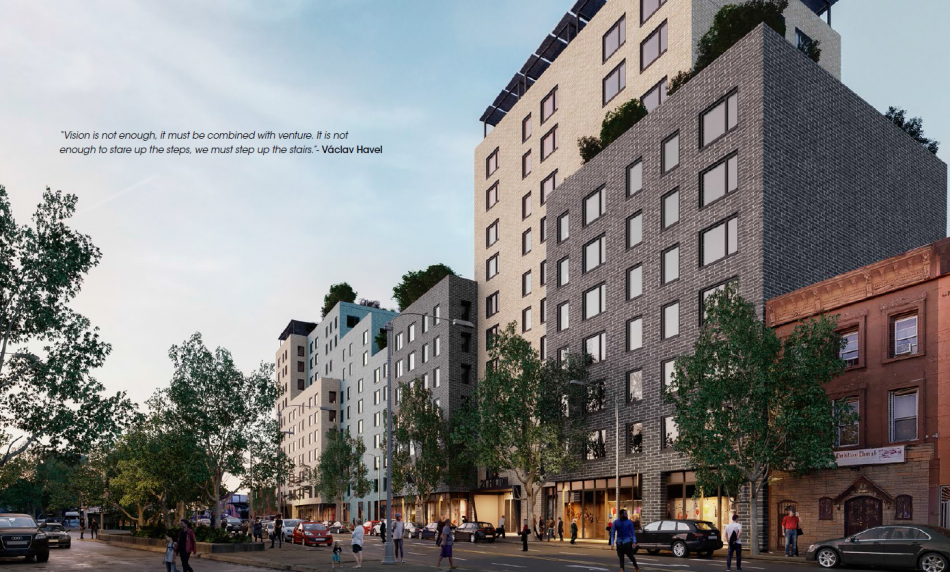 Ground-level view of the Steps at SaratogaMarvel

The Steps at Saratoga - a joint venture from RiseBoro, IMPACCT Brooklyn, and Urbane Development - will rise from a property located at 2014-2042 Fulton Street, and is described as the first New York City development to incorporate a community-owned local network plant, which will provide affordable internet access to both residents and businesses. Plans call for the construction of two buildings, featuring 238 total homes, as well as ground-floor commercial space and other community facilities.

The new housing will include 158 residential units for low-income families and 80 for seniors, with the senior building restricted to households earning up to 50 percent of the area median income level (AMI), and the family building restricted to those earning between 30 and 80 percent of AMI. Additionally, approximately 49 of the new homes will be set aside for formerly homeless households, divided into 25 family units and 24 senior units. 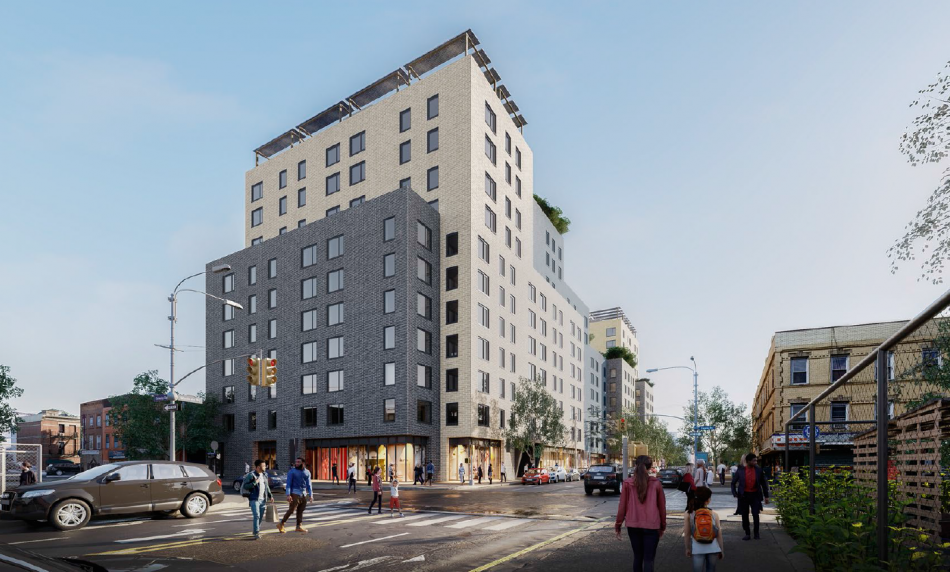 Ground-level view of the Steps at SaratogaMarvel

“‘The Steps at Saratoga’ is an incredible example of community driven development that will ensure Bed-Stuy residents have the resources, housing and opportunity they specifically asked for in the Bedford-Stuyvesant Housing Plan,” said Chief Housing Officer Jessica Katz in a news release. “Congratulations to RiseBoro, IMPACCT, and Urbane on a great proposal; their team of non-profit and MBE partners is an example of the work we are doing as a City to expand and diversify access to our programs and build more equity through City-financed projects.”

In addition to providing housing, the Steps is intended to serve as a community hub, incorporating new programs and services which serve both residents and the surrounding neighborhood. Per the news release, these programs include:

Wealth programs to foster a regenerative economy by promoting business incubation, creating jobs, and keeping wealth grounded in the community.

Marvel is designing the complex, which will connect the two buildings with open spaces such as a backyard which spans the first and second floors, as well as shared community gardens on the upper levels. Additionally, plans call for a fitness center, a game room, a children's playroom, and a roof terrace where residents will be able to grow their own food. 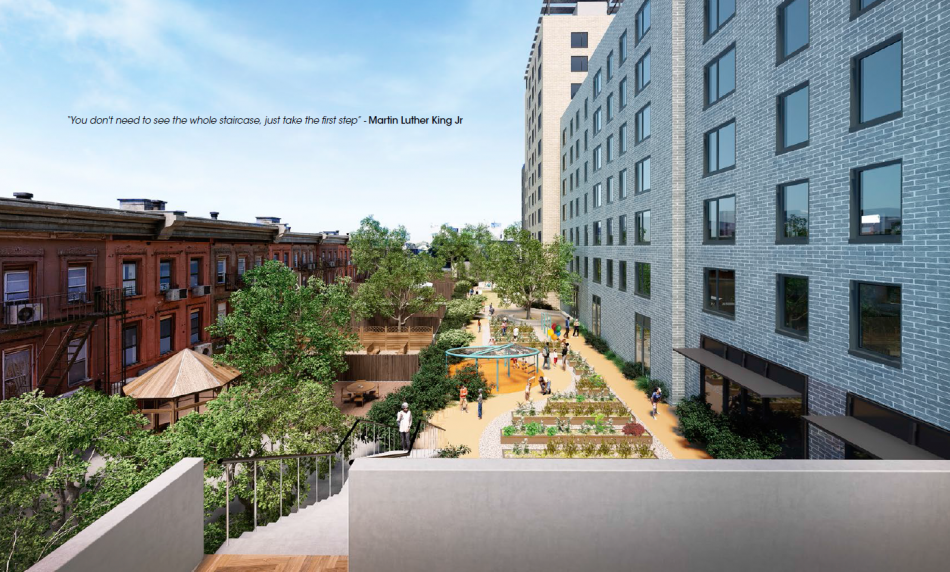 Amenity deck at the Steps at SaratogaMarvel