Construction kicked off this week for The Eliza, a mixed-use high-rise building that will include a new home for the Inwood Library Branch.

Located at 4790 Broadway, the new 14-story building will have 20,000 square feet of space for the new library branch on its first two floors, as well as a pre-kindergarten facility.  On its upper levels, plans call for 174 affordable housing units as well as an Activities, Culture, and Training Center. 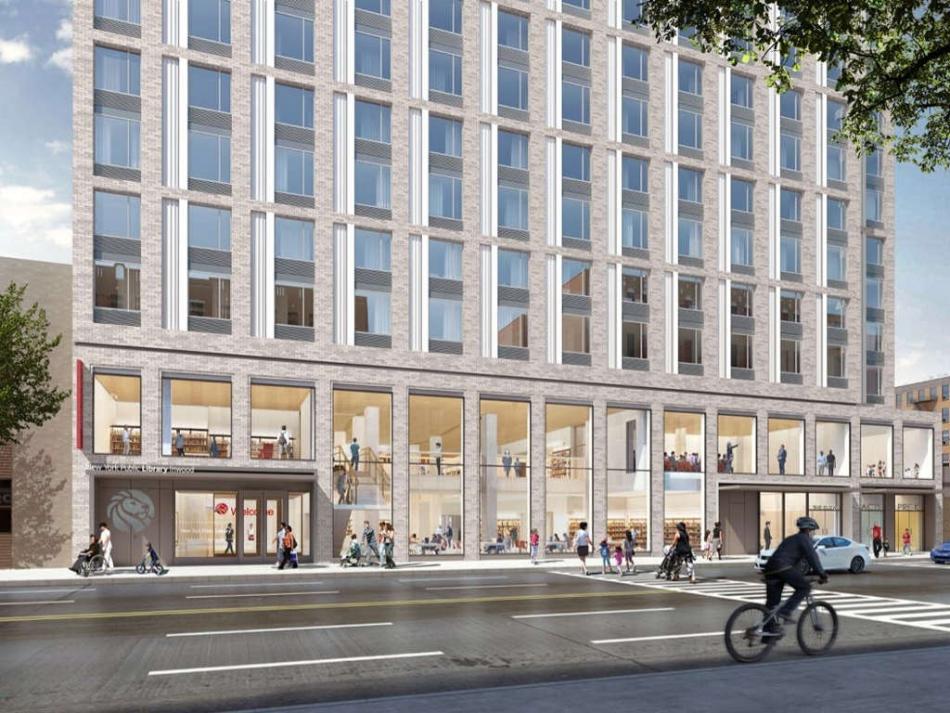 Rendering of The ElizaFogarty Finger

Completion of The Eliza is expected by October 2023.  The former library branch was demolished in May.