An empty lot located a short distance north of the Williamsburg Bridge in the Lower East Side is primed for redevelopment. 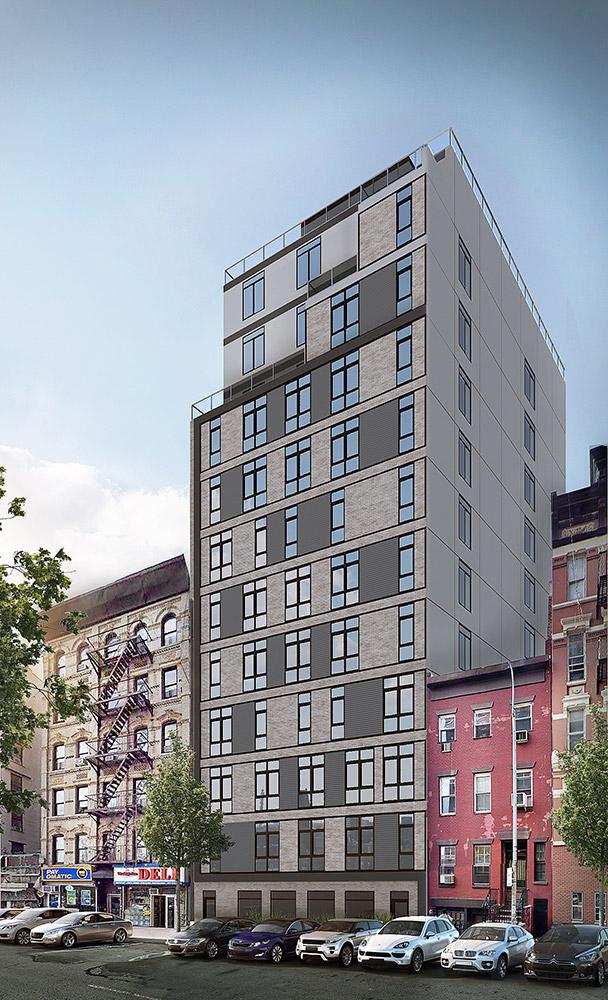 New York-based Prosper Property Group is the developer behind the proposed 12-story building, which would rise at 63 Pitt Street.  Plans call for the construction of 59 apartments in a mix of studio, one-, and two-bedroom floor plans, including 18 units of affordable housing.

YIMBY recently obtained renderings of the proposed development, which is designed by Queens-based Frank Quatela Architects.  Renderings depict a contemporary mid-rise structure with a grid-like window system and upper level setbacks which would be used to create amenity decks.

Prosper Property Group, the developer, acquired the Pitt Street site in July 2020, and demolished the five-story residential building which previously stood on the property in May 2021.  According to the company's website, completion of the new 12-story building is expected in the third quarter of 2022.

The site of the Pitt Street project sits a few blocks east of the intersection of Delancey and Ludlow Streets, where a similar 12-story building with 41 apartments designed by Raymond Chan Architect PC is also in development.