Downtown Brooklyn inaugurated its latest skyline-transforming skyscraper yesterday afternoon with a ribbon-cutting event for 1 Willoughby Square. Local officials, including Mayor Bill de Blasio and New York City Economic Development Corporation (NYCEDC) President and CEO Rachel Loeb, came out for the big unveil and emphasized the role 1 Willoughby will play in the city's post-Covid recovery, as well as the building's height, which at 495 feet is officially the neighborhood's tallest office tower. 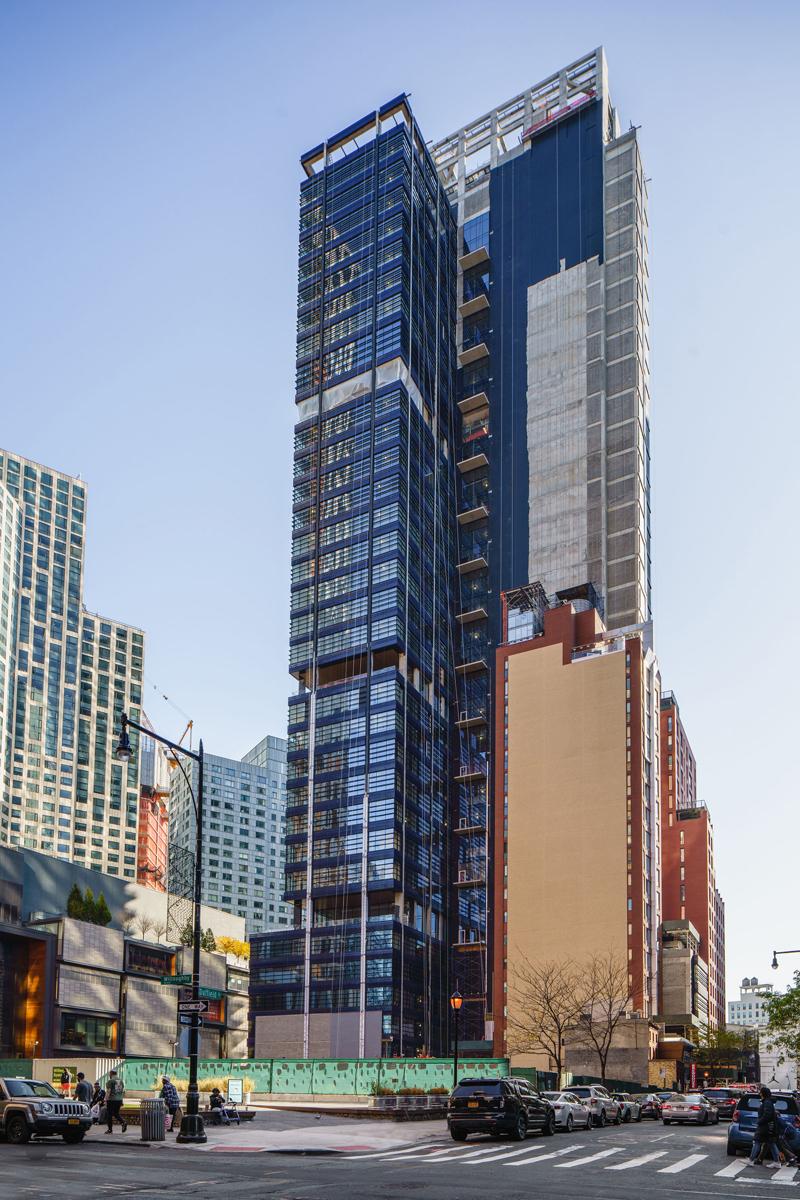 The tower project was developed via a public-private partnership with NYC-based JEMB Realty Corporation (JEMB). In 2015, the NYCEDC sold a 3,132-square-foot parcel with 150,000-square-feet of transfer development rights to JEMB to bring the commercial tower to "Brooklyn’s Tech Triangle." 1 Willoughby Square represents the first ground-up office development in Downtown Brooklyn since the neighborhood was rezoned in 2004. To be sure, the rezoning was intended to promote office development, but most of the new towers constructed over the past 15 years have been high-end residential. 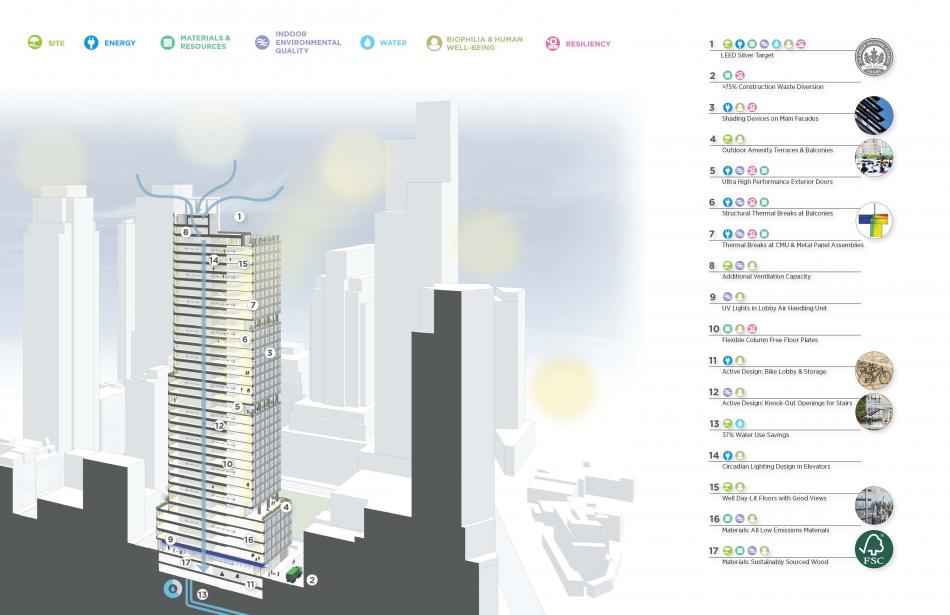 Designed by FXCollaborative, the 35-story tower is wrapped in blue glazed bricks and oversized windows and boasts nearly 500,000 square feet of Class A office space, balconies on every other floor, column-free floor plates, unobstructed views of the neighboring park, and ample natural light. The building’s lobby features 30-foot ceiling heights with floor-to-ceiling glass, a tenant lounge, conferencing facilities, communal outdoor space with a separate entrance off the neighboring park, 250 bike parking spots, and lockers rooms with showers. The building also incorporates a public school with over 300 seats and 87,000 square feet within the first six floors.

Leasing is still underway but FXCollaborative is slated to come on as the anchor tenant and will take on three floors in the building this summer. 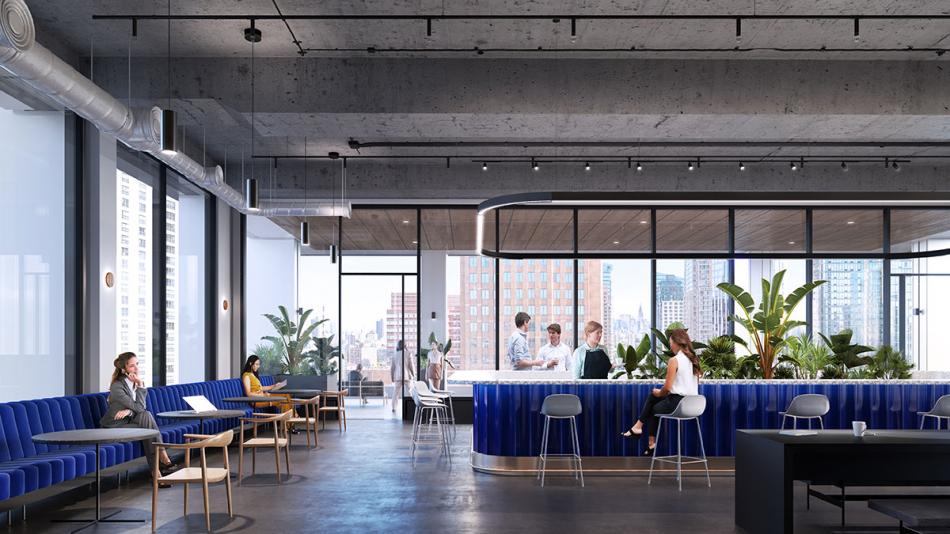 “The opening of One Willoughby marks a huge turning point in our recovery,” said Mayor Bill de Blasio. “Over a year ago, as the city shut down to save lives, we could have only dreamed of celebrating the opening of a brand-new office tower. One Willoughby shows how the City can successfully work in partnership with communities and the private sector to create jobs and further New York City’s recovery.”

“One Willoughby is a prime example of the public-private sector working with the community to support the growth of Downtown Brooklyn,” said Rachel Loeb, President and CEO of NYCEDC. “We’re excited to open much-needed office space, retail, and a public school, and create this vibrant mixed-use area to help revitalize Downtown. I want to thank Mayor de Blasio, our city partners, elected officials, and JEMB for their collaboration to make this project a reality as we take another step in our recovery for all New Yorkers.”